Readers of my column know I have not hesitated to criticize President Joe Biden for policies that are contrary to both American and Israeli interests, notably providing aid to the Palestinians and UNRWA, trying to reopen the Jerusalem consulate, believing in a two-state solution and seeking to return to the Iran nuclear deal. Biden’s positions on those issues do not make him anti-Israel; they reflect a historical pattern of presidents having disagreements with Israel. Some conservative supporters of Israel nevertheless are so partisan that they are unwilling to acknowledge Biden’s acts to support Israel.

Biden’s trip to Israel highlighted both his administration’s favorable and harmful policies. While I agree with the criticism of the latter; he deserves praise for the former.

Read the U.S.-Israel Strategic Partnership Joint Declaration. AIPAC could have written it. The United States reaffirms “the unbreakable bonds between our two countries and the enduring commitment of the United States to Israel’s security.” It reasserts the values and interests we share. It restates the obligation to maintain Israel’s Qualitative Military Edge. The statement says the commitments “are bipartisan and sacrosanct, and that they are not only moral commitments, but also strategic commitments that are vitally important to the national security of the United States itself.” An agreement was also reached on a new Strategic High-Level Dialogue on Technology to focus on “pandemic preparedness, climate change, implementation of artificial intelligence and trusted technology ecosystems.”

Some conservatives falsely accuse Biden of not only refusing to support the Abraham Accords but actively trying to sabotage them even as the administration was acting to further Israel’s relations with the Arab world. The United States was recently involved in the historic Negev Summit with Egypt, Morocco, Bahrain and the United Arab Emirates and the follow-up Negev Forum where participants agreed to create working groups on Clean Energy, Education and Coexistence, Food and Water Security, Health, Regional Security and Tourism.

While in Israel, Biden participated in the I2U2 initiative, which brought together leaders of the United States, Israel, India and the UAE to discuss joint investments and new initiatives in water, energy, transportation, space, health and food security. Biden ended the trip by securing the Saudi agreement to open its airspace to Israel, a small but significant step towards normalization (even if the Saudis later denied it).

Biden touted the $38 billion Memorandum of Understanding, the additional military funding for replenishing Iron Dome, and cooperation in new “cutting-edge defense technologies such as high-energy laser weapons systems to defend the skies of Israel and in the future those of other U.S. and Israel security partners.”

His remarks on military cooperation were backed by recent joint exercises (some facilitated by Trump’s decision to move coverage of Israel to CENTCOM). One of those exercises involved Israeli jets simulating a raid on Iran with the aid of U.S. refueling tankers (the Pentagon later denied it was helping prepare for an attack on Iran). The inability to refuel was often mentioned as an obstacle to an Israeli attack, though a recent report suggested that Israel has modified its planes so they don’t need aerial refueling. Another exercise involved preparation for a potential war with Hezbollah (which the United States would not participate in).

The only significant disagreement with Israel was over Iran. This surprised no one. It was not a source of tension, however, as everyone knows where things stand between the parties. Biden restated that he will “never allow Iran to acquire a nuclear weapon” and declared that he was prepared to use force “as a last resort.” The remarks fell short of what Israel wanted to hear but, for those with short memories, for all his bluster, Trump was unwilling to use the military against Iran, even after an Iranian-sponsored ballistic-missile strike injured American personnel.

Biden did make the disappointing decision to provide an additional $200 million to UNRWA, which has not implemented the reforms the United States said were required to receive continued support. The White House said, “UNRWA’s work must be done while fully respecting the U.N. principles of neutrality, tolerance, human rights, equity and non-discrimination.” It still meets none of those requirements.

Before Trump, the United States was the largest contributor to UNRWA, and Israel historically supported the assistance. For years, Israel donated more to UNRWA than the Arab states. Today, however, it is a mistake, less because of the problems cited above than its perpetuation of the refugee issue.

Most Israel advocates won’t begrudge the $100 million Biden committed for Palestinian health care and $15 million for humanitarian assistance. Consistent with the Taylor Force Act, Biden pointedly announced no direct aid for the Palestinian Authority. Nevertheless, given the fungibility of money, any assistance frees up funds for the P.A.’s nefarious activities.

Those unhappy with the United States giving any Palestinian aid should remember that money flowed from 1994 until 2017. Moreover, the Israeli government supports economic and humanitarian assistance and violated its version of the Taylor Force Act to help bolster the P.A. with a $29 million “loan.”

As expected, Biden gave lip service to the two-state solution but acknowledged that “the ground is not ripe at this moment to restart negotiations.” This is good news for Israel because it means that no futile “deal of the century” (which was a two-state solution) is likely to be forthcoming.

There was some hysteria over Biden going to the Augusta Victoria Hospital in eastern Jerusalem unaccompanied by any Israeli officials. Critics construed Biden’s action as undermining Israeli sovereignty over the city ignoring that he referred to Jerusalem as a city for all its residents but not as a future capital of a Palestinian state. They also forget that the last two Israeli peace initiatives offered compromises on Jerusalem and negotiations over the final status of the city are still the policy of the Israeli government so long as it remains committed to the Oslo Accords.

Biden threw a few rhetorical bones to the Palestinians but gave them nothing they wanted. He did not agree to demands by Mahmoud Abbas to pressure Israel. He also did not deliver on any of Abbas’s requests — no reopening of the Jerusalem consulate, no reopening of the PLO mission in Washington and no removal of the PLO from the U.S. list of Foreign Terrorist Organizations. As Jack Khoury noted in Haaretz, Biden didn’t say anything about implementing a two-state solution, his opposition to settlements or what he would do to block their expansion.

It was disappointing that Biden talked about a democratic future standing next to an autocrat who has prevented elections from being held and kept himself in power for 17 years beyond his presidential term. Biden mentioned violence but did not call out the Palestinians for incitement and terrorism. It was also disappointing to hear the president refer to journalist Shireen Abu Akleh as “performing very vital work on an independent media and vital work of democracy,” as she was doing nothing of the kind. She worked for the Qatari-funded Al Jazeera network, which is neither independent nor democratic. Biden also ignored the total lack of freedom of the press in the P.A.

It was frustrating but typical that the United States extracted concessions from Israel but none from the Palestinians. Still, anyone who expected the president to go to Israel and behave as if he were on an AIPAC mission was dreaming.

The best indication the president’s trip was a success was the praise he received in Israel compared to the protests and grumbling from the Palestinians and their supporters. BDS proponents were apoplectic over Biden’s “hate-filled” declaration that the United States and Israel “will continue to work together to combat all efforts to boycott or delegitimize Israel, to deny its right to self-defense or to unfairly single it out in any forum, including at the United Nations or the International Criminal Court,” and to “firmly reject the BDS campaign.”

Biden also upset the Palestinians by committing to accelerating efforts to allow Israeli passport holders to be included in the U.S. Visa Waiver Program and refusing to meet with the family of journalist Abu Akleh or changing the administration’s position that her shooting was not intentional.

While critics said Biden had a lousy week, AIPAC called it “a banner week for the U.S.-Israel relationship.” In addition to the president’s visit to Israel, the Democratic-controlled House (where all those antisemites are) passed a defense bill with several pro-Israel provisions, including $500 million for missile-defense programs and $40 million for anti-drone cooperation.

Given the toxic political climate, it is sadly unsurprising that Biden’s steps to strengthen the U.S.-Israel relationship can’t be acknowledged by his opponents. 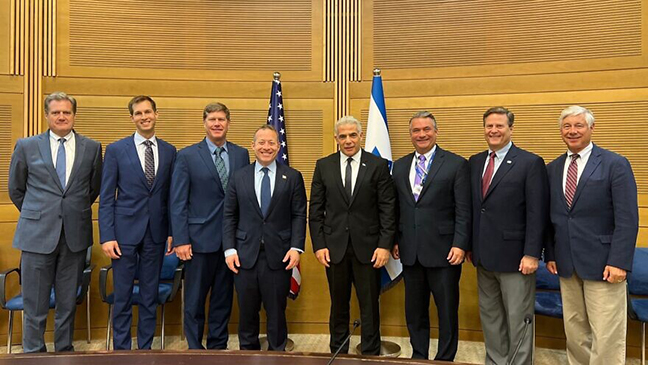 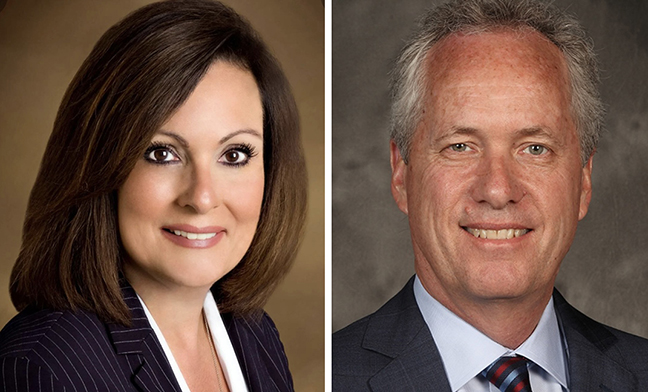