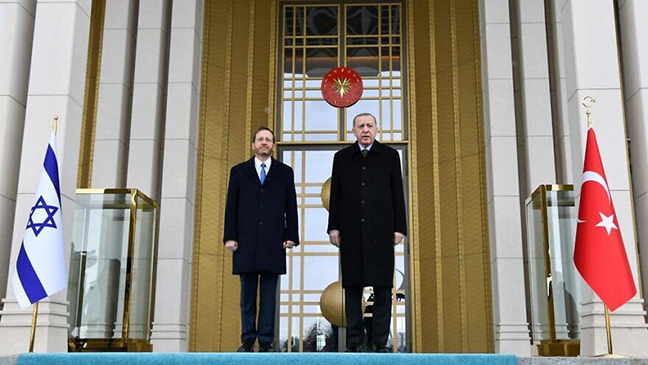 Analysts told JNS that the development, announced on Aug. 17, is a positive one for Jerusalem and Ankara and bodes well for regional stability.

The observers underscored the importance of the decision, noting that it is part of a broader push by Turkey to repair relations with several Middle East countries, including the United Arab Emirates, Saudi Arabia, Egypt and even Syria.

“This is a major U-turn for Turkey,” Hay Eytan Cohen Yanarocak, a researcher at both the Jerusalem Institute for Strategy and Security and the Moshe Dayan Center for Middle Eastern and African Studies, told JNS.

Two years ago, Turkish President Recep Tayyip Erdoğan placed himself on the side of the rejectionists, Yanarocak said, noting that Ankara initially opposed the Abraham Accords. At the time, Erdoğan announced he was considering suspending ties with the UAE and withdrawing his ambassador due to the normalization agreement Abu Dhabi forged with Jerusalem.

“Now Erdogan is strengthening the region’s moderate camp,” Yanarocak said, adding, “Those players trying to destabilize the Middle East through force — nowadays, they are the ones who are isolated. Before it had been Israel that was isolated. Not anymore.”

In the event, Yanarocak described the Jewish state as the “big winner.”

He emphasized that, historically, Turkey had always determined the strength of the bilateral relationship, but for the first time this was not the case.

“It was the Turkish side that wanted to reconcile with Israel, and not the other way around,” he said. “Israel also made it very clear that it would not run to the arms of the Turks whenever they decided. This is the most important distinction relative to times past.”

Turkey also was compelled to take “tangible action” to mend ties, Yanarocak said, referring to a civil aviation agreement signed between the countries on July 7. Israeli airlines have not flown to Turkey since 2007, when Ankara started refusing Israel’s security requirements.

“Now the monopoly of the Turkish firms is broken. Israeli companies will reinstate flights to Turkey,” he said.

Gallia Lindenstrauss, a senior research fellow at the Institute for National Security Studies who specializes on Turkey, agreed that the aviation issue was a “bone of contention.” She told JNS that it was “seen as asymmetrical that the Turkish carriers could fly to Israel. What’s more, for Turkish Airlines the Istanbul-Tel Aviv line was one of the more profitable.”

However, she said the economic benefits to Israeli carriers are up in the air given that competition is strong. The agreement, she said, was more of a “confidence-building measure” than a move meant to generate economic dividends.

“That Turkey was prepared to meet Israel’s security requirement showed Israel that Turkey was serious in its intentions to normalize relations. At the beginning, Israel was not sure,” Lindenstrauss said. She also noted that Ankara’s cooperation over the summer with Israeli intelligence agencies to thwart numerous Iranian plots to attack Israeli nationals on Turkish soil also made a positive impression on Jerusalem.

But Turkey’s main motivation for restoring ties is economic in nature, she stressed.

“Turkey has a problem, a deep economic crisis in terms of inflation and the depreciation of the Turkish lira. Erdoğan feels by showing moderation in foreign affairs that this will attract investors. Turkey also wants to improve relations with the U.S. and believes repairing the relationship with Israel will be viewed favorably in Washington,” Lindenstrauss said.

There is also the issue of introducing a pipeline to bring gas from deposits off Israel’s shores to Turkey. “The pipeline didn’t materialize for political and economic reasons,” Lindenstrauss said, while acknowledging concerns in Israel about ever building such a pipeline given Ankara’s unreliability as an ally.

Nevertheless, she noted that 40 percent of Israel’s oil is pumped from Azerbaijan through Turkey.

“Turkey never messed with that transit. They have a good record in terms of energy ties with Israel,” she said.

Both Lindenstrauss and Yanarocak say it is too early to tell if the rapprochement will hold given that Erdoğan’s political party is aligned with the Muslim Brotherhood; the Palestinian issue, including Ankara’s support for Hamas, remains a sticking point; and that Turkey previously restored ties with Israel in 2016 only to break them off again two years later.

“It’s not that Turkey has had a change of heart towards Israel. It’s currently because Turkey is at a weak point and it will take time for it to come out of it. It’s definitely a marriage of interest and not something deeper in terms of values,” Lindenstrauss said.

“It’s very fragile. Let us not be naïve,” Yanarocak added. “If we’re going to find ourselves once again in a more serious confrontation with the Gaza Strip, I don’t know how Turkey will react. During the last operation, their response was much more moderate compared to their previous ones.

“But I think we should take the risk, because in my opinion, this new initiative will weaken the radical actors in the Middle East. It’s a strike against them in favor of those who would like to see a prosperous Middle East,” Yanarocak said. 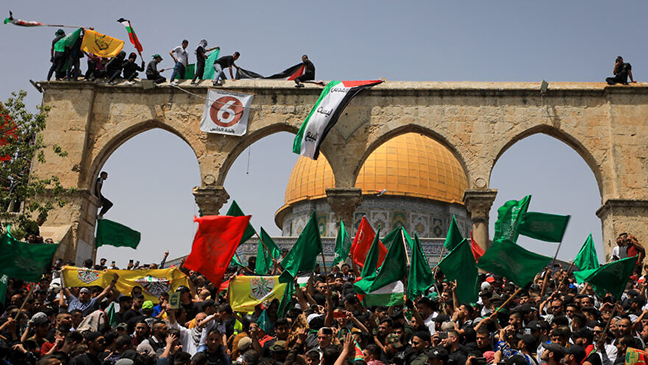