Why is the BDS movement dangerous? Look at the long-term damage 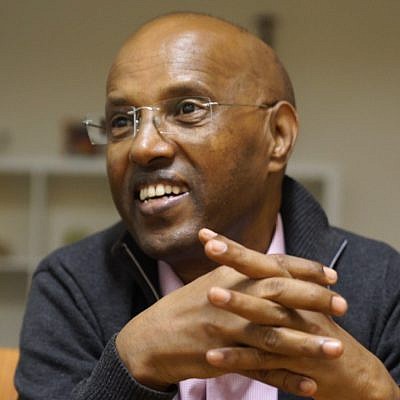 (JNS) — Not many Israelis are aware of how successful the Boycott, Divestment and Sanctions (BDS) movement has become, particularly among liberals.

A survey released in February suggested that one in five Americans approved of BDS as a way of opposing Israeli policy vis-à-vis the Palestinians. A December 2018 University of Maryland poll of a much larger sample put the support at 40 percent.

In 2016, 46 percent of Democrats in the United States said their sympathies aligned with Israel, compared with 29 percent who sympathized with the Palestinians. In 2018, only 27 percent of Democrats supported Israel, compared with 25 percent for the Palestinians. That’s a 20 percent drop in support for Israel in just two years.

Today’s European anti-Semitism comes mainly from liberals. A study conducted in 2012 by the German-based Friederich Ebert Stiftung Foundation shows that 63 percent of Poles and 48 percent of Germans think that “Israel is waging a war of extermination against the Palestinians,” along with 42 percent in Britain, 41 percent in Hungary and 38 percent in Italy.

According to a survey by the European Union Agency for Fundamental Rights, 48 percent of the European Jews interviewed have heard or read charges that “Israelis behave like Nazis toward the Palestinians.”

Younger liberals, perhaps especially young people of color, are the engines of rising discontent with reflexively pro-Israel policy. They often struggle to understand, much less to embrace, the way older liberals see Israel.

Here are three reason for the success of BDS:

First, BDS successfully allied itself with Western leftist causes by portraying Israel as a white, apartheid, racist, colonialist state engaged in the ethnic cleansing of its brown indigenous Arab population.

Second, Israel failed to recognize the large demographic, cultural and ideological shift that has taken place in the West and adjust its actions, narrative and policies to fit the new reality.

Third, Israel is not fighting the cultural and media war of delegitimization being waged by the Muslim Brotherhood. Meanwhile, Israel is spending its time and resources in promoting unnecessary legislation to prevent economic boycotts and sanctions that have not yet materialized.

BDS’s official objective is to mobilize international economic and political pressure on Israel in solidarity with the Palestinians.

Its campaign methods are copied from the struggle against the apartheid regime in South Africa, and focus on mainstreaming and popularizing its idea of Israel as white, colonialist, apartheid, racist and genocidal state.

Israel and its supporters have been successful in passing and obtaining laws, motion and courts decisions against economic boycotts and sanctions.

However, for BDS, boycotts and sanctions are long-term goals. In the short term, public opinion is what matters to the organization.

In the United States, 26 states have passed anti-BDS legislation. The Republican-led Senate approved a federal anti-BDS bill in February that allows state and local governments to break ties with companies that boycott Israel, and the House passed a weaker version condemning BDS.

Unfortunately, such legislation is not productive on the ground against BDS, because, for now, BDS is not spending much time lobbying governments, parliaments, companies and universities to  boycott or sanction Israel, or to sever relations.

Indeed, to some extent the responses of the United States and Israel to BDS, such as Israel refusing entry visas to BDS activists, or the legislative initiatives in the U.S., serve to strengthen the BDS narrative that Israel is oppressive state.

BDS poses a threat to Israel not because it is causing Israel political or financial damage, but because it is shifting the opinions of the next generation of leaders in America and Europe, those now studying in universities. Israel needs to update its policies and narratives accordingly.