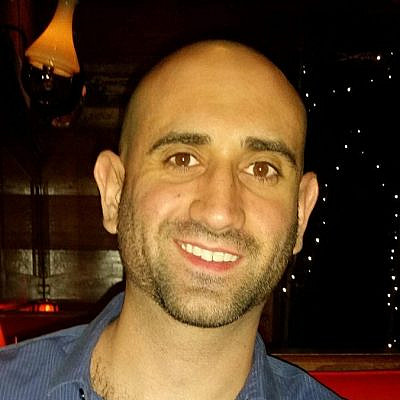 (JNS) — On Nov. 11, the European Union called on Israel to “reverse its decision” to deport Omar Shakir, Human Rights Watch’s director for Israel and the disputed territories. This request comes in the wake of a finding the previous week by Israel’s High Court that Shakir breached a 2017 law prohibiting entry and residency to foreigners who publicly support the Boycott, Divestment, and Sanctions movement. Though applauded in pro-Israel circles, the deportation has been met with a bevy of criticism for allegedly violating democratic norms.

In fact, Shakir’s removal and the broader circumstances exemplify the robustness of Israel’s democratic process, something that should not be undermined by the European Union or any other external actor.

The Knesset passed “Amendment No. 28 to the Entry Into Israel Law” after Israelis elected three successive right-wing governments vowing to aggressively combat BDS. By continuously backing Prime Minister Benjamin Netanyahu and his allies, the Israeli people affirmed this platform. Their decision should be respected.

The same goes for that of the Israeli judiciary, which ruled against Shakir at every stage of the process. By any theory of statutory interpretation, Shakir unambiguously broke the law with routine calls on companies to cease business in Israeli-controlled parts of the disputed territories, and that was a drop in the bucket compared to his larger BDS activism.

Ironically, those suggesting that Israel has acted undemocratically, like activist Harry Reis of the E.U.-financed New Israel Fund, expose their own undemocratic tendencies when seemingly implying the High Court should have simply disregarded the law and ruled in favor of Shakir.

In a democracy, disfavored laws consistent with a country’s overall legal framework are annulled through the legislative process or at the ballot box, not judicial fiat. As noted by B’Tselem director Hagai El-Ad, “there’s nothing in the ruling which isn’t in line with earlier rulings.” Here, democracy prevailed.

The natural rebuttal to this is that there is more to liberal democracy than the judiciary rubber-stamping majority rule. That may be true, but the assertion that Amendment No. 28 somehow violates democratic norms is false.

When countries like the United Kingdom, Germany and Sweden face BDS campaigns but nonetheless open their borders to such proponents, perhaps then it would be appropriate to accuse Israel of acting contrary to democratic norms. As Israel is the only democratic society that faces a significant BDS campaign, there simply are not any directly applicable norms by which to measure Israel’s response.

With that said, there are plenty of indirectly related practices in the democratic world, and these overwhelmingly support Israel’s position. The United Kingdom, for example, maintains an infamous ban list to protect the country from the allegedly disastrous consequences of “hate speech.” Such laws restricting free speech are common in the European Union.

BDS can easily be seen as a type of hate speech associated with no shortage of violent and otherwise illegal acts.

Viewing BDS in this light is perhaps best understood in the context of Natan Sharansky’s “Three-D Test” for identifying anti-Semitism. This criteria, which has been utilized by the State Department, holds as anti-Semitic acts that delegitimize, demonize, or apply double standards against Israel. Sharansky himself has gone on record that BDS fails this test.

Shakir’s pending deportation can also be interpreted through trends in contemporary leftist thought. In recent years, and especially in the same virtue-signaling, “woke” circles that routinely target Israel, it has been all the rage to call for various restrictions on speech deemed offensive to certain communities.

Whether through attempts to ban mainstream commentators like Ben Shapiro from college campuses or outright suggestions that those saying abhorrent things should be prosecuted, there are foundations in progressive thought for Israel to take aggressive action against those engaged in “verbal violence.”

What constitutes verbal violence against Israelis should, of course, be determined by Israelis and not the European Union and other outsiders. In the same way one might be accused of “whitesplaining” for attempting to delineate what people of color can consider racist, Israeli Jews, like other historically marginalized communities, should be afforded the same courtesy in determining for themselves which speech constitutes an attack on their personhood. BDS fits the bill.

From the perspective of mainstream democratic theory to contemporary leftism activism, Israel’s decision to deport Omar Shakir is well within its rights. Like all democracies, Israel has room for improvement. Providing a staging ground for Shakir’s hate speech is not one of them.

Matthew Mainen is a Washington-resident fellow at the Middle East Forum and graduate of Stanford Law School. Follow him on Twitter.