Concerned about the future, novelist promotes ties between Evangelicals and Jews 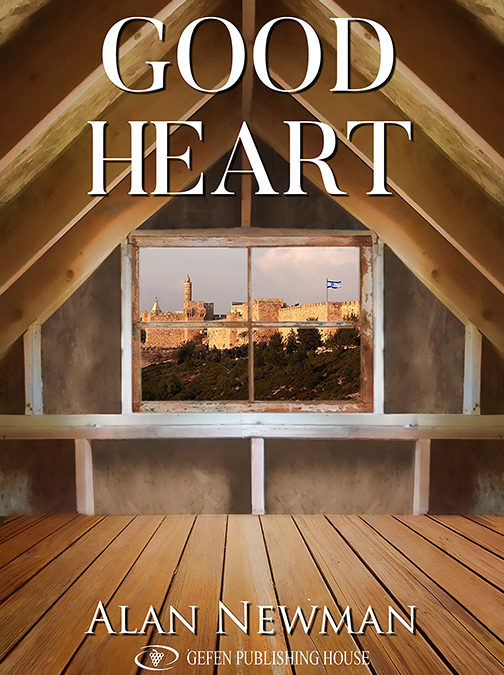 Back on July 5, 1934, for three cents you could buy a copy of the Jewish Daily Bulletin. On that Thursday, which fell about half-way between the October 1929 stock market crash and the September 1939 Nazi invasion of Poland, you would have read a sub-headline story, “Bialik Dies Suddenly.”

If one of our ancestors bought that paper, they would have read about the accomplishments of the Hebrew Poet Laureate Chaim Bialik. They would have learned that Bialik interviewed survivors of the 1903 pogrom in Kishinev, Bessarabia and then wrote the powerful Yiddish poem titled “In The City of Slaughter.” His harsh condemnation of the Jewish passivity in the face of the many murders and rapes sparked a transformation in how Jews would think of themselves. It influenced future leaders like Menachem Begin and Jewish self-defense forces like the Haganah. It was one of the turning points in modern Jewish and Israeli history.

While the Bialik obituary rightfully deserved the premium front page, upper left placement, the rest of the paper becomes a time capsule well worth examining. The news snippets eerily foretold the coming European Holocaust and prophesied events beyond. In the lower left hand corner of page six, a small factoid is printed: “15,200,000 Jews in the world.” It added, “of these 7,550,000 live in Central Europe.” Eleven years later, both numbers would be diminished by six million souls. And even today, the Jewish census has not returned to that number.

The paper’s page-wide headline was “VON PAPEN RETAINS POST” and it fed into multiple stories about German President Von Hindenburg’s demise, and Adolph Hitler’s consolidation of power and ascent to be sole master of Germany. On page three, in a smaller but still poignant reminder of the soon to be mechanized butchery, “Jew Killed by Pole Over Sixty Cents.” Also on page three, smack in the middle, is the heading, “Turks Give Reason For Expelling Jews.”

You also read, “48 Graduate From Tel Aviv High School.” And, on page seven, in a roughly sketched illustration titled “Types of Chalutzim,” we see smiling, rugged men and women carrying tools to work soil that would, 13 years later, be the State of Israel. (Chalutzim, Hebrew for “pioneers,” were people who immigrated to Israel to establish or join a community for accomplishing tasks, such as clearing the land or planting trees, that are necessary to the future development of the country).

You would read how righteous Christians were reacting to the ominous events. Lady Kathleen Simon, wife of the British Foreign Minister, advised Jews to “Follow in Footsteps of Herzl.” This was a reference to the founder of modern Zionism. An official at the “Jerusalem ‘Y’ Quits In Nazi Clash.” The sub-text described the history of the German leader of the YMCA: “He Banned Anti-Semitic Berlin Paper After Jews’ Objections.” Another article said, “Tydings Hits Misrule At Arlington” recounting how the Maryland Senator condemned Hitler’s leadership and Germany’s treatment of the Jews. Lastly, “Nazi Probers To Quiz Local Fascist Today” reported on a congressional committee, led by John W. McCormack, to question local Nazis and Fascists.

The signs of what would become the Holocaust were there, and maybe a wiser, prescient readership and a more just, outraged, proactive world would have stopped the madness.

Let’s imagine a similar “Jewish Daily Journal” of today and consider what news might forewarn possible disaster. Putting aside all of Israel’s border-to-border risks, the geopolitical hotspots, threats of annihilation, and the double standard hypocrisy at the United Nations, we find new anti-Semitism growing across Europe and we hear hateful, biased comments from new Members of Congress.

Experts, trying to explain the phenomena, might consider how young people must face, largely unprepared, the false narratives of BDS (Boycott, Divestiture and Sanctions), convoluted intersectionality, and an unrelenting media bias against Israel. Digging deeper, the analyst would find the outrageous, bogus “Jewish” organizations like Jewish Voice for Peace and IfNotNow combining with more obvious and virulent adversaries like the Council on American-Islamic Relations. Together, they field a well funded, aggressive and strident anti-Israel and anti-Semitic presence on campuses around the country.

Teaching children about the miraculous story of modern Israel and Christian Zionists who befriend and defend the state of Israel will also have to be part of the fight. When educators and families ignore the nobility of heritage and the righteousness of cause, then they become part of the problem. The Western World ultimately depends on Judeo-Christian principles. When lay and professional leadership misapply “politically correct” gibberish and focus on Israel’s relatively few faults, they undermine young emerging identity.

We have to hope that within our communities there are Jews and Christians who will continue the legacy of Chaim Bialik. He made us look to ourselves as the solution and accordingly, we have to press our Jewish and Christian pro-Israel organizations to coordinate their efforts and allocate their resources to face today’s challenges.

Will we lose another six million, not up in smoke, but to apathy, ignorance, and an unwillingness to engage the enemy, whatever its form?

Alan Newman is the author of the novel, “Good Heart” that tells a multi-generational story of a Christian and Jewish family and their shared love of Israel. Click here for an Israel InSight review of “Good Heart.”