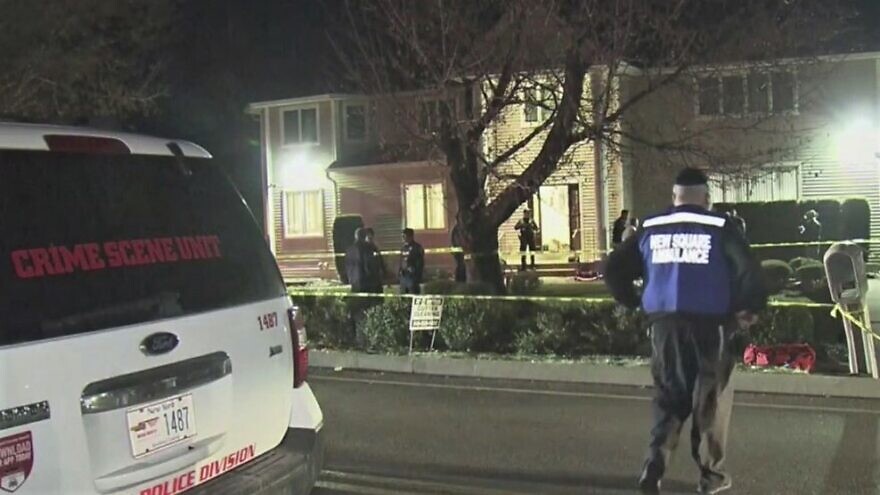 Police monitor the scene in the aftermath of a stabbing attack at the home of Rabbi Chaim Rottenberg in Monsey, N.Y., on Dec. 28, the seventh night of Chanukah. Source: Screenshot.

Christmas week is typically a slow work week, and for Jewish people it often is a good time to catch up with old friends.  I did just that as Christmas Eve was approaching. One such person I talked to was Shimon Pepper.

Shimon is a long-time Jewish community activist and fundraiser who is extremely involved with Israel as well. It was great catching up with him.  We hadn’t talked in years and we picked right back up from when we were more closely connected. Shimon, who worked for our national Jewish Federation organization, and I, the long-time executive director of the Birmingham Jewish Federation, worked together on important projects in the 1980s and 1990s.

Two of the most important were helping to organize massive and recurring advocacy to help Jews emigrate from what was then the Soviet Union and then raising enough funds for these Jews — as well as Jews from Ethiopia — to “make Aliyah” to Israel. (Aliyah is a Hebrew word meaning “ascension” and it is used to describe a Jew immigrating — or ascending – to Israel.) We also later worked together on helping to start the Koby Mandell Foundation. The foundation, named for an Israeli teen who was brutally murdered by Arab terrorists, helps people who’ve lost loved ones to terror and other tragedies.

My talk with Shimon was great. We covered a lot of ground, reflected on the state of the Jewish world and Israel, and talked about the importance of partnering with Evangelical Christians who are Biblically-motivated to support the Jewish people and the Jewish state.

Shimon also is an Orthodox Jew who lives in Monsey, N.Y., where on the evening of Dec. 28, five people were stabbed in a violent anti-Semitic act as they were celebrating Chanukah. A suspect was later apprehended and charged with five counts of attempted murder.

The next morning, Shimon posted the following on Facebook as he reflected on the growing and violent anti-Semitism taking place in our country: “I am numb. The Forshay neighborhood here in Monsey has been our home for 36 years. Our children freely rode their bikes here and we went for nighttime walks and runs. Now the tranquility has been broken. State police were at every intersection this morning. We must stand together – Jew and Gentile, all as good people against hate and bigotry.

“Here in America, we boast ‘land of the free and home of the brave’ – let’s pray that goodness will prevail, and hatred shall not raise its ugly head. The first step is US.”

A news story which provided more details in the immediate wake of the attack noted this incident was “the latest and most violent in a string of anti-Semitic attacks in the greater New York City area in the last few days.”

These are becoming increasingly dark and uncertain times for the Jewish people. The steadfastness, support, love and prayers demonstrated by countless people in the Christian community are deeply appreciated – in fact, they are a bright spot amid this growing darkness. Evangelical Christian friends of mine are anguished and are expressing it unhesitatingly and asking what can they do to help combat this anti-Jewish hatred and violence.

Immediately after the Monsey attack, I received this from a long-time friend, a Christian Evangelical who has attained national prominence for her willingness to advocate for Israel and fight anti-Semitism:

“As you celebrate Chanukah, I am thinking of you, and praying for you, the Jewish community and their safety. I join you in mourning for the victims of the senseless stabbings and attacks against Jewish people all over the world. While this kind of anti-Semitic hatred is completely senseless to me and so many others, I am strengthened by the comfort that God has saved His Jewish people throughout the course of history. I have a sure hope that the anti-Semitic hatred of our times will never vanquish the courageous spirit of Israel and the Jewish people all over the world!”

Richard Friedman is associate editor of Israel InSight magazine. He was executive director of the Birmingham Jewish Federation for 37 years.