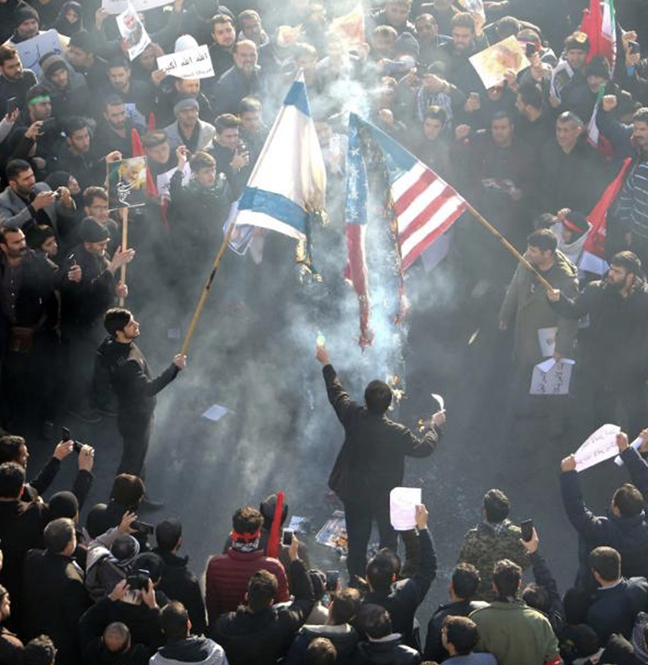 As an American, the recent tension with Iran has been at the forefront of my mind. I think of our U.S. military, the men and women who fight to maintain my freedom. I live in the freest country in the world during the freest time in history. I feel the weight as our troops are deployed to the Middle East — they uphold that freedom.

But aside from “American,” I proudly carry another identity. One that also plays into the Iranian conflict. That identity is a Christian “friend of Israel.”  I love Israel, have visited before, and am committed to strengthening Israel and standing with the Jewish people.

I work professionally for a Birmingham-based organization, US Israel Education Association, that strengthens ties between “my” two countries — and even though I am just a few years out of college, I know that demonstrating my love and devotion to Israel will remain a permanent centerpiece of my professional life.

We all know the old saying that “a picture is worth a thousand words.” A picture, though, can also create some piercing emotions, which not only go to our hearts but also to the very essence of what we stand for and who we are.

However, I count it as a privilege that my flag would be ignited and burned next to Israel’s. What an honor! What a place of favor to live in a country that is universally known as a “friend of Israel.” I think of the Bible verse Genesis 12:3: “Whoever blesses Israel will be blessed, and whoever curses Israel will be cursed.”

My two identities, of “American” and “friend of Israel,” powerful currents that run through every aspect of my life, have prompted me to pray about what my position should be before God in consideration of Iran. How do I best pray? What do I pray? God, how does this play out in your agenda for eternity?