Lessons from Palestinian Rule over Bethlehem 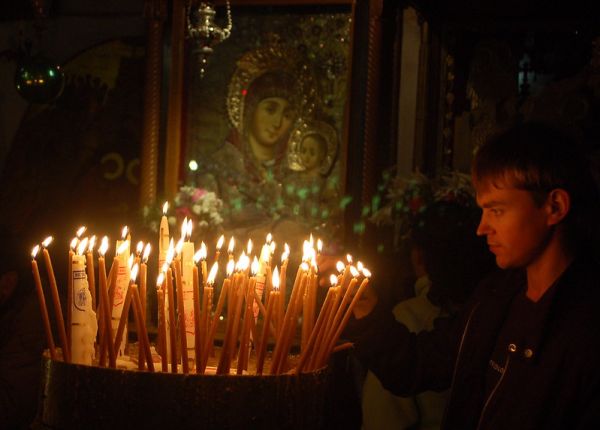 (Honestreporting.com) — What is so special about Bethlehem?

For Jews, the town’s holiness stems from its description as the burial place of Rachel, Jacob’s beloved wife (Genesis 35:19). Later on, the story of Ruth largely revolves around Bethlehem as the childhood home of King David and the place where he was anointed as king (Samuel I 16:1-13). Jewish tradition teaches that the Messiah will come from Bethlehem (Micha 5:2-5).

Christian tradition teaches that Bethlehem was the birthplace of Jesus (Matthew 2:1–12, Luke 2:4–20, and John 7:42). The Church of the Nativity was built by Constantine the Great in the 4th century CE over a cave believed to be the very spot where Jesus was born.

Bethlehem Now and Then

Sadly, this holy city has also become a city of contention.

The 1947 United Nations Partition Plan proposed placing Bethlehem, which is just six miles southwest of Jerusalem, under UN control as part of the Jerusalem international zone. During the War of Independence in 1948 which broke out after the Arab countries rejected the partition plan, the Arab Legion took control of Bethlehem. During these 19 years the Christian population declined from in the thousands.

Israel took control over the city in June 1967 during the Six Day War. The Christian residents asked Israel to annex the city and make it an official part of Israel but Israel rejected the idea, holding out for the possibility of it returning to Arab hands in the context of a peace agreement.

From 1967 until 1995 Bethlehem thrived. Christians came on pilgrimages to the Church of the Nativity in the millions and Jewish worshippers flocked to the revered Tomb of Rachel. Local vendors, restaurants and hotels experienced great success as people from all faiths felt free to visit and walk the city streets.

But then in 1995, Israeli negotiations with the Palestinian leadership led to the Oslo II Accords in which Israel agreed to hand over civilian and security control to several cities — Jericho, Tulkarem, Nablus, Qalqilya and Bethlehem.

Bethlehem’s longtime Christian mayor, Elias Frej, begged Israeli Prime Minister Yitzchak Rabin not to give the city which has a majority Christian population over to the Palestinian Authority. He was afraid what Muslim rule would do to the Christians living there. But Israel, seeking a breakthrough in its relationship with the Palestinians, handed Bethlehem over to Palestinian rule on Dec. 21, 1995.

This led to a period of horrific unrest in and around the holy city. Palestinian snipers began shooting at Jewish visitors to Rachel’s Tomb and even killed IDF soldiers who were protecting those worshippers. At times, the holy site which was fortified with concrete walls and roofs, had to be closed because of the threats from Palestinian terrorists. At other times visitors could only travel to the holy site in armored vehicles.

Aside from the attacks against Rachel’s Tomb, Bethlehem became a home base for terrorist cells and the launching pad for terror attacks against Israeli citizens. Its proximity to Jerusalem made the capital vulnerable. A few examples:

Thus, Bethlehem became a base for Palestinian attacks against Israelis in Jerusalem. The mounting casualties forced the Israel Defense Forces to enter the city repeatedly to search and arrest the terrorists. Israeli forces also worked to dismantle the terrorist infrastructure in the city. Not only were numerous suicide bombings thwarted, security forces also uncovered mortars and infrastructure for the production of rockets.

Israel also had no choice but to construct the security barrier which envelops Bethlehem, giving it the feeling of a city under siege. These measures sharply reduced the number of successful terror attacks, but with a Hamas terror cell strongly entrenched in Bethlehem, attempts continue.

Christians and their holy sites suffered terribly from the fighting, especially the Church of the Nativity during a month-long siege. On April 2, during the IDF’s Operation Defensive Shield of 2002, Israeli forces moved to arrest a number of Palestinian fugitives in the city. Fifty fled to the church compound where they held 200 monks hostage. After 38 days, the siege ended peacefully with the Palestinian fugitives agreeing to go into exile, some to Gaza and others to Europe. Israeli security forces found 40 explosives left behind in the church compound, a number of which were booby trapped.

Aside from the challenges created by the security conflict, Christians see how radical Muslims persecute Christians throughout the Middle East and see that this has been happening since the Palestinian Authority was given control of the city. Examples of Palestinian Muslims intimidating their Christian neighbors include:

All of this has led to a significant decline in the Christian population in Bethlehem.

Whereas Christians used to make up a majority of Bethlehem’s residents, today, after 25 years of Palestinian control over the city, Christians make up only 20% of its population. (A similar occurrence took place in Gaza where 5,000 Christians lived in 2005 when Israel pulled out. After 14 years of Hamas rule, only 1,000 Christians remain, and churches are often demolished.)

The situation in now Palestinian controlled Bethlehem stands in stark contrast to Israeli controlled Jerusalem, just six miles to the north. In Jerusalem the Christian population can practice their faith freely and securely. The Jerusalem municipality even provides free Christmas trees to Christian residents.

The lesson is clear. Christians thrive with total religious freedom in Israeli-controlled areas, and suffer when Israel yields control to radical Palestinian forces.

Rabbi Dov Lipman, HonestReporting’s Senior Manager – Community Outreach, was elected to the 19th Knesset in January 2013, making him the first American born MK in nearly 30 years. He rose to national and international prominence for his role in combating religious extremism in Bet Shemesh. Since 2015, former MK Lipman has been a columnist for the Jerusalem Post and Times of Israel, a political commentator for ILTV and i24 News, and has focused on Israel advocacy both in Israel and abroad.