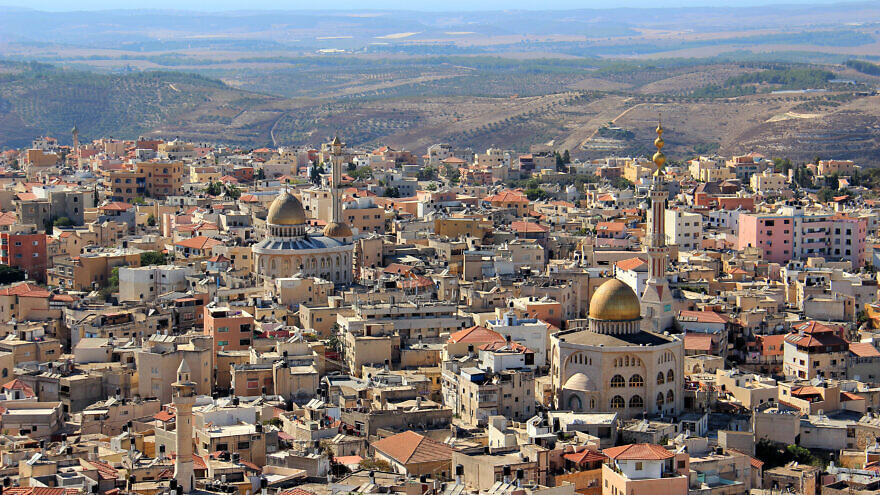 (JNS) — Israeli Arab citizens flatly reject the idea floated in the recently released U.S. “Peace to Prosperity” plan that envisions the possibility that borders would be redrawn and some Arab cities and villages could become part of a future Palestinian state.

While the discussions over settlements, annexation and Palestinian statehood have drawn headlines, one controversial aspect that has gained less attention is the proposal of land swaps, specifically transferring Arab towns in Israel into a future Palestinian state.

Shaheen Sarsur, who has been involved in Arab politics for more than 12 years and served as a parliamentary consultant for three previous Knesset members, the last one being Talab Abu Arar of the Islamic Movement’s parliamentary party, told JNS that Arabs in Israel received the Trump administration plan with cynicism and sarcasm.

Arabs in Israel know “that a land exchange won’t happen, and that the towns in the Triangle area will not become part of Palestine,” he said, adding that no one will agree to exchange their Israeli passport for a Palestinian one — and that, in fact, no one is worried about this actually happening.

They say, “We were born here, and we are not going anywhere. And for sure, we will not agree to be under the sovereignty of a Palestinian state.”

Sarsur attributes this to various reasons, including the fact that Israeli Arabs have a good socioeconomic position in Israel, and that this would suffer if they move to a Palestinian state. Like other minority groups in Israel, Israeli Arabs enjoy full citizenship and equal rights under the law.

The Trump administration’s peace plan provides only a brief mention of the idea of transferring Israeli-Arab areas close to the West Bank, known as the Triangle region, in the center of the country, east of Kfar Saba, and turning the residents into Palestinian citizens.

It continues: “These communities, which largely self-identify as Palestinian, were originally designated to fall under Jordanian control during the negotiations of the armistice Line of 1949, but ultimately were retained by Israel for military reasons that have since been mitigated.”

The plan then goes on to say that these areas could become part of a Palestinian state depending on negotiations between the parties.

“The Vision contemplates the possibility, subject to agreement of the parties that the borders of Israel will be redrawn such that the Triangle Communities become part of the State of Palestine,” it says.

The proposal by the Trump administration is not a new one. Former Israeli Defense Minister and Israel Beiteinu Party leader Avigdor Lieberman has long championed the idea of transferring these Israeli-Arab towns — in the case of Umm al-Fahm, it’s a city of some 55,000 people — into a future Palestinian state as part of a peace deal.

However, Lieberman’s proposal, which would result in a significant drop in Israel’s Arab minority, which currently stands around 21 percent of the country’s total population of 8.9 million, has long been viewed skeptically by both sides in Israel.

Even Israeli Prime Minister Benjamin Netanyahu weighed in recently and dismissed the idea. “There will not be any population transfers under any circumstances: I oppose it in principle,” The Jerusalem Post reported him stating.

Sheikh Safwat Freij, deputy leader of the southern branch of the Islamic Movement who lives in Kafr Qasim, told JNS that Trump’s Mideast peace plan “is so unserious it does not even deserve a response.”

“For us, it is completely irrelevant. We would respond to a plan if it was serious, but this is not,” he said.

Over the years, public-opinion polls demonstrate that Israeli-Arabs reject trading in their Israeli passports for Palestinian ones.

According to the Arab-Jewish Relations Index survey compiled in 2017 by Professor Sammy Smooha of the University of Haifa, 77.4 percent of Arabs are not willing to move to a Palestinian state if one were established.

A majority of Israeli Arabs (61.9 percent) think Israel is a good country to live in, with 60 percent preferring to live in Israel than in any other country in the world. Another survey carried out in 2008 found that this number is as high as 76.9 percent.

A poll by the Haifa-based Mada al-Carmel Arab Center for Applied Social Research in 2004 found that more than 91 percent of Arab residents in the Triangle region opposed land-exchange plans floated at the time.

‘Disconnected lives, with the heart and mind on different tracks’

Some observers see the Israeli-Arab stance on this subject as hypocritical; on one hand, they identify with the Palestinians, but on the other, they prefer to remain Israelis.

Addressing this issue, Daniel Pipes, president of the Middle East Forum, observes that the Arabs in Israel are “living disconnected lives, with the heart and mind on different tracks.”

Pipes says that Palestinian nationalism has to be sustained with money and other forms of pressure. “I can imagine it collapsing one of these days,” he predicts.

In an article published in early February, he wrote that the transfer idea is infeasible because Israeli Arabs overwhelmingly oppose it and therefore will avoid transfer by moving to other parts of Israel. Yet he raises the prospect that Trump’s peace proposal may “make them a touch more realistic, sober and loyal to their country.”

Khaled Abu Toameh, writing for the Gatestone Institute, says that Arab Israelis living in the Triangle strongly oppose the idea of becoming part of a Palestinian state because they see how Palestinians living under the Palestinian Authority in the West Bank and Hamas in the Gaza Strip “are subject to human-rights violations on a daily basis.”

While the idea of a land swap between Israel and a future Palestinian state seems extremely unlikely to be carried out, it does demonstrate that Arabs in Israel do not view the Palestinian state-building as a project they want to fully take part in.