Sovereignty is important step toward the Palestinians recognizing their defeat 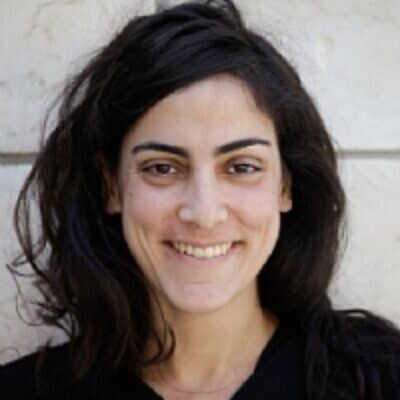 (JNS) — Professor Daniel Pipes is a renowned academic with an outstanding reputation. He is identified with the conservative right in the United States and promotes these views as the founder and president of the Middle East Forum thank-tank and research institute. I am proud to run its Israeli office and help advance its central mission, that was born in Pipes’s thought and writings: the necessity of Israel’s victory over the Palestinians to end the conflict.

The victory concept is a big idea, consistent with the historic record, which holds that wars only end when one side gives up, meaning that our conflict will end and peace will arrive only when the Palestinians understand, or are made to understand, that their over 100-year violent rejectionist war against Jewish sovereignty in the Jewish people’s ancestral and indigenous homeland is over.

Unfortunately, professor Pipes’s recent article in “The New York Times,” “Annexing the West Bank Would Hurt Israel,” to my mind, runs against this victory concept.

In the eyes of the Israel Victory Project, which is a big part of the MEF’s Israel office, the way to peace with the Palestinians is through the Palestinians recognizing their defeat and accepting the permanent presence of the Jewish state. Since they are not willing to do so, they must be pressured to give up their war aims, to help them understand that the arc of history does not stand still and long-term violent refusal entails a price.

Many forms of pressure can be used, including, diplomatic, economic and military. The Trump plan and the application of Israeli sovereignty to parts of Judea and Samaria should be seen as part of this pressure. No one said it will be easy, in fact it might be unpleasant, but the advantages far outweigh the disadvantages and increases security and Israel’s viable future.

First, one of the central tenets of the victory concept is the fact that this conflict is not territorial. If it were, the Palestinians would have had a state a long time ago.

Less so in Israel, but around the world many people strongly believe that if Israel gives up more land, the conflict will end. This is the crux of the pressure that was placed on successive Israeli governments to force them to make more concessions and offer more territory. Now, for arguably the first time, the Palestinians are being pressured to give up territory they think is theirs, and this brings them closer to the position of defeat.

Second, historically, when Israel gave up land it became a terror base. Areas which Israel controls, despite arguments to the contrary, provide for greater rights and benefits to those who reside there. The application of Israeli law to the Jordan Valley and parts of Area C in Judea and Samaria will promote rights and benefits for Jews and Palestinians.

Third, the Palestinians have demonstrated that they have no interest in the Trump plan. Rejectionism is, sadly, inherent to the Palestinian narrative. It is the reason they have rejected overly generous offers in the past and is the foundation of their aggressive attitude towards Israel. Many former Israeli security figures, such as IDF Brig. Gen. (res.) Avigdor Kahalani, have said it is time for Israel to finally seize the initiative, and the “Peace to Prosperity” plan allows Israel to do so.

Fourth, on the diplomatic front we now have an opportunity, that might not return, to change the paradigm. The Trump administration is strongly sympathetic to Israel’s viewpoint, and, of late, Israel is enjoying stronger relations with European, African, Asian, as well as Arab countries. Not too long ago, Israel froze money to the Palestinians to place pressure on them to stop funding convicted terrorists languishing in jail, and their families. Palestinian Authority leader Mahmoud Abbas believed the international community would once again come to his rescue and strongly condemn Israel, but as we subsequently witnessed, few cared enough to register much of a response. Even the Arab League kept its silence, and some Arab nations criticized Abbas for saying he didn’t want “Israel’s dirty money.”

Fifth, contrary to some thinking, when it comes to Israel, President Trump does not seem unpredictable. He has held the line on Israel, so there is little reason to believe he would act differently to an Israeli government adopting a policy he himself has publicly supported. This government should follow along the lines of Israel’s first prime minister, David Ben-Gurion, who had to decide whether to declare independence against the advice of much of the world and with voices claiming that the United States would never back such a bold move. Well, we only needed a matter of minutes on that occasion to see how prescient Ben-Gurion was.

Finally, there is perhaps no better time for the application of sovereignty from the Israeli perspective. From Yamina Party leader Naftali Bennett on the right to Blue and White leader Benny Gantz on the center-left there is agreement on Israel’s right to apply its law to the territories in question. There are some disagreements, but they can relatively easily be solved, and this issue was certainly no stumbling block even for the Labor Party to join the government even though it ran with Meretz in the most recent election.

In Israel, there is almost consensus on the Palestinian issue — years of violent rejectionism and outright refusal have seen to that.

Twenty years ago, if anyone in Israel had suggested Israeli sovereignty in Judea and Samaria and the Jordan Valley they would have been considered extremists. Nonetheless, today, things are markedly different. A recent poll demonstrated that most Israeli Jews indeed support sovereignty. They see that things have changed; the region has shifted and the subsequent reality has altered.

If we want to end the conflict, it must be won by Israel and lost by the Palestinians, and that involves big steps and brave decisions. The Trump plan and its attendant approval for Israeli sovereignty is only one step toward it — but it’s a big step.