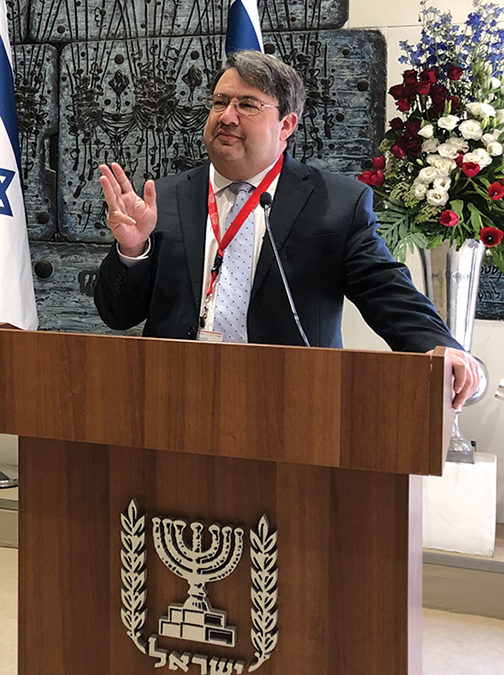 While the world has been occupied with responding to coronavirus, economic issues and the Black Lives Matter demonstrations, many who oppose Israel have warned that on July 1, thanks to the Trump peace plan, Israel was going to use the lack of world attention to take over the territories known colloquially as the West Bank through illegal annexation. Because colonialism and oppression.

July has passed, and there has been no movement toward that end, but there has been a lot of ink spilled, and a lot of misinformation as to what is actually being discussed.

Even in the American Jewish community, there are widespread misperceptions as to what is being discussed, and inaccurate loaded terminology being used, leading to unnecessary alarm — and vocal opposition to plans that aren’t even on the table.

The Oslo agreement in 1993 set up three zones as temporary measures, pending an actual peace settlement that was supposed to take around five years. In Area A, which includes most Palestinian towns and cities, the Palestinians have civil and security authority, though Israel has the right to pursue terrorists. In Area B, the Palestinian Authority has civil administration and Israel oversees security.

Area C, the area in question, contains the Israeli villages, a relatively small number of Palestinians, and a lot of wide open spaces. It is under Israeli military control.

That means while almost all of the Palestinians in the “occupied” territories are under a civilian administration, it is actually the Israelis who are living under military rule!

The current proposal is to extend Israeli sovereignty to less than half of Area C, meaning that Israeli civilian law would be in force, for Israelis and the Palestinians living there. It would make life — and receiving governmental services and benefits — a lot easier for everyone in the region.

It is not annexation.

Annexation is formally taking over the land of another sovereign country. No such entity has existed in the territories, and by international law, such as the San Remo conference a century ago, the territories were designated for a Jewish state. When in 1947 the area was proposed for yet another Arab state, the Arab nations thoroughly rejected the plan, and there has been no binding agreement to that end superceding the San Remo declaration.

Only Britain and Pakistan ever recognized Jordan’s claim to the territory when Jordan took it during Israel’s War of Independence, and 20 years after Israel captured it in the defensive 1967 war (internationally legal!) Jordan officially relinquished claims to the area. Note also that during Jordan’s administration of that territory, never once was there a call for a Palestinian state to be established there, or hand-wringing over Jordanian occupation of Palestinian land. Israel has the best legal case for sovereignty in what is a disputed, not occupied, area.

One common argument is that extending sovereignty would mean a lack of rights for Palestinians, such as voting rights, usually followed by the word “apartheid” being thrown around. That argument is, and always has been, a farce. Well over 90 percent of the Palestinians in the territories live under the rule of the Palestinian Authority, their own governmental structure. They vote for their own leaders — at least, when their leaders allow it, as Mahmoud Abbas is in the 14th year of his four-year elected term.

Sovereignty is also not the death knell to the peace process. While much is made of how the Palestinians have refused to cooperate with Trump in office, they weren’t cooperating at all under a much friendlier Obama administration. There has been no genuine peace process in two decades — whenever the Palestinians have reached the limit of what they feel they can get out of Israel, they have launched a terror wave to try and wring out more.

The experience of Gaza, where Israel withdrew with the hopes that the Palestinians would build a prosperous society, then quickly degenerated into a terror base run by a group that vows to never accept a Jewish state anywhere in the Middle East, made even left-wing Israelis hesitant to try anything similar in the territories.

For all the talk about wanting “just” 100 percent of the territories, the Palestinian leadership has made it clear that the end of the “occupation” would not be the end of the conflict, the next steps would be Tel Aviv, Haifa and Beersheva — and ending the concept of a Jewish state.

The current stalemate has gone on for 53 years, and there are no signs of it changing any time soon. Why, then, should Israel sit around and wait on a miraculous change of heart by the Palestinians? Isn’t it time for some semblance of normalcy, even in the territories?

And if you aren’t going to come to the table to resolve things, shouldn’t there be consequences to the foot-dragging? Even the Arab states have long tired of Palestinian maximalist rejectionism, which is part of the reason why, instead of a Middle East in flames, there was mostly a massive yawn when the U.S. moved its embassy to Jerusalem last year, aside from a few face-saving sternly-worded statements. It’s not far-fetched to expect similar if Israel does pass a sovereignty bill.

Even in Jordan, which has been the most vocal opponent, that is mainly for show. In a majority-Palestinian country with a Hashemite minority family holding onto unstable rule (with Israeli assistance), the last thing Jordan wants is a troublemaking Palestinian entity on its border (they remember the attempted Palestinian takeover in 1970), and the sovereignty proposal provides for an Israeli buffer in the Jordan Valley along the length of the border with Jordan.

Also, this isn’t some right-wing Netanyahu dream — even under Shimon Peres and Yitzhak Rabin, there was always an understanding that the pre-1967 lines were nothing more than “where the fighting stopped in 1949” and even the United Nations realized those lines were never intended to be a national border. It has always been clear that larger Israeli communities in the territories would be included in Israel under any peace agreement. Why not go ahead and make official something that pretty much everyone (aside from the maximalist Palestinian leadership) has always envisioned as part of the solution?

Israel isn’t forcing anyone, Israeli or Palestinian, from their homes. Israel isn’t setting up an apartheid system. The latter charge is ironic, given how huge red highway signs warn Israelis of Area A, and state entrance to Israelis is forbidden because of the grave danger to them if they enter. Not to mention how Abbas repeatedly has said no Jew would be allowed to live in a future Palestinian state. But hey, that’s not apartheid, that’s self-determination. The thing Palestinians should be granted but which Jews shouldn’t have.

Larry Brook is editor/publisher of Israel InSight and Southern Jewish Life. This originally appeared as the Page 3 commentary in the August issue of SJL.