Can one criticize George Soros without being considered an antisemite? 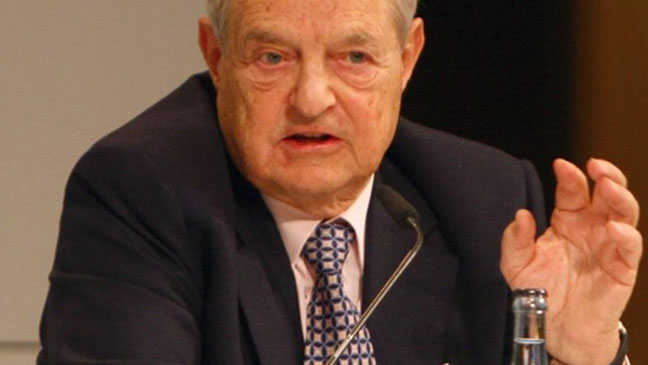 (JNS) — It happened again last weekend. Someone said the word “Soros” and triggered an avalanche of criticism from much of the Jewish world about encouraging antisemitism. But is it fair to claim that every such mention is proof of Jew-hatred?

What occurred, in this case, was that a Republican congressional candidate linked his opponent to George Soros while bashing the billionaire. That attack hasn’t increased the chances that the GOP’s Eric Early will knock off Rep. Adam Schiff, the controversial Democratic chair of the House Intelligence Committee in his California district (which the incumbent won in 2018 by a 78-22 percent margin). But it did earn Early a brief moment of notoriety as liberal Jewish groups and journalists denounced him for what one writer in the Forward described as an attempt to legitimize smears of Soros because a Jew uttered them.

Early, who is Jewish, was denounced for retweeting an allegation that Schiff’s sister was Soros’s ex-daughter-in-law (who happens to be a woman with the same last name, though is unrelated to the congressman). He also claimed that Soros was a “Nazi sympathizer” and “a danger to our nation.”

As such, Early’s attack was slammed as just one more piece of evidence that Republicans are dog-whistling to extremist antisemites. That’s become part of the Democrats’ narrative about the 2020 campaign in which they have sought to link their opponents to extremists and hate groups. They treat every mention of Soros as evidence of ill intent and hate, or a reason to think that President Donald Trump and his supporters are antisemitic.

While some attacks on Soros are indeed antisemitic, that shouldn’t inoculate him against all criticism. To the contrary, if he is controversial, it’s not just because some awful people have seized upon him as the center of an international conspiracy. It’s because he is both a leading funder of liberal and left-wing political candidates and causes, which makes him fair game for critics who don’t like the way he’s spending his money to influence policy outcomes.

As for the charge of him being a Nazi sympathizer, that is a canard. The truth is that as a teenager in Nazi-occupied Hungary, Soros survived in hiding because of the efforts of his lawyer father. While he was hidden with someone who took part in collaboration activities, imputing that guilt to a 14-year-old boy who was, like all Hungarian Jews, in mortal peril is unfair. None of us have a right to judge those who went through that nightmare.

Yet as a wealthy investor and hedge-fund manager, he fits the stereotype of a powerful Jew who uses his vast wealth to get what he wants. For some who dwell in the fever swamps, he is a symbol of the way so-called “Jewish money” interests manipulate economies for their own benefit while ordinary people suffer. Just as earlier generations of haters pinned the ills of the world on the Rothschild family, some do the same now when it comes to Soros.

But even as much as the talk of wealthy Jews is straight out of The Protocols of the Elders of Zion — the antisemitic tract cooked up by agents of the Russian tsar at the dawn of the 20th century — it’s also true that some of Soros’s speculations in currency were deeply resented by those who had to pay the price of some of his big scores. It’s easy to understand why many felt his 1992 bet against the British Pound Sterling that more or less broke the Bank of England — and earned him 1 billion pounds in profit while costing British taxpayers 3.4 billion — made him unpopular. That was also true in Malaysia and Thailand in 1997, when Soros again sold short and generated a financial crisis in Southeast Asia (an event that provided fodder for Malaysia’s antisemitic Prime Minister Mahathir Mohamad).

He is controversial today, however, because his name has become synonymous with left-wing activism.

Over the course of the last few decades, Soros has donated an estimated $32 billion to his Open Society Foundation and its various branches. No other donor on the left or the right has had a similar impact on the world for good or for bad, depending on your point of view.

Ironically, many on the right who now view him as an enemy probably would have applauded most of his early efforts, which were directed towards promoting democracy in Eastern Europe while it was under Soviet Communist occupation. But in the last 20 years, almost all of his donations have been geared towards supporting left-wing advocacy. To that end, he has poured enormous sums into backing Democratic candidates in the United States at all levels (including national political races, as well as, to take one example, a drive to elect left-wing prosecutors) and supporting nonprofit groups that promote a variety of liberal and radical causes.

Indeed, the scope of his donations is so vast and so influential in getting such groups off the ground that while his importance is often exaggerated, it’s also true that either at first or second hand (by creating groups that fund other groups), Open Sources has played a role just about every conceivable controversy.

That has led to wild charges about Soros funding the Black Lives Matter movement or paying for demonstrations and riots. While claims that everything that has happened on American streets since the death of George Floyd is the work of Soros are untrue, it is true that Open Sources funding is to be found in a great many if not most of the groups that are backing the protests.

One of the ironies of his activities is that while he is personally not interested in Jewish identity and is not someone who has defined himself as a supporter of Zionism and Israel, he has also had an outsized impact on Jewish politics. Soros put down the money that helped start the left-wing lobby J Street, which is highly critical of Israel (and, at his behest, kept the source of their funds secret for years). Open Sources has also funded a host of left-wing groups inside Israel that are linked to anti-Zionist, pro-BDS and radical Arab groups often under the guise of promoting good causes.

The point here is that while radical Jew-haters target Soros and use his name as a watchword for traditional antisemitic tropes about malign Jewish power, his influence in American politics is neither a myth nor a conspiracy theory. As such, his political activities and social activism can’t be treated as off-limits for criticism. That’s especially true when you consider that funders of conservative causes, like the libertarian Koch brothers and others on the right, are routinely demonized by Democrats and left-wing groups as examples of sinister forces manipulating public discourse.

Soros is neither the evil boogeyman of the far-right’s imagination nor the sainted philanthropist revered by the left. Hate groups that focus on him as proof of an evil Jewish conspiracy should be denounced, yet it’s time for liberals and partisan Democrats to stop jumping on every mention of Soros as proof that conservatives are antisemites. The billionaire has every right to spend as much of his money on advocacy or radical projects as he likes. But it’s also true that those who do not unreasonably think his over-the-top spending is hurting rather than helping both the United States and Israel have an equal right to criticize what he’s done.