Obama 2.0? Myths and Facts about Biden for his critics 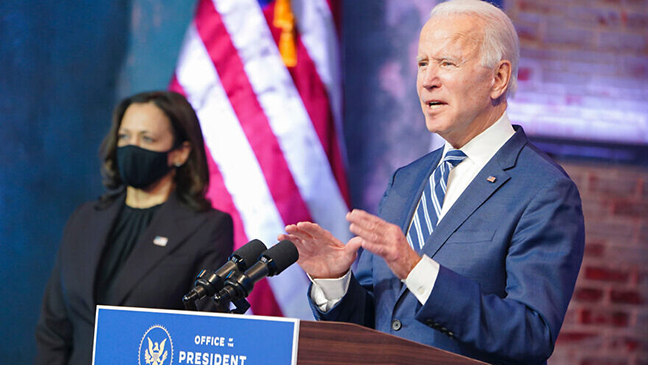 After the last four Orwellian years, it should come as no surprise that some Biden critics are unhinged. To get an idea, I saw one post that said innocent Jews will die if Biden is allowed to take office. That is the extreme, but even those who should know better distort his positions and inaccurately and unfairly paint him as a captive of the anti-Israel left while ignoring that Trump pursued the same policies he advocates on several issues.

In contrast to the least qualified individual currently in office, Joe Biden is, with the possible exception of George H.W. Bush, the most qualified person to be elected president.

He has a nearly five-decade long record of friendship with Israel and has had more experience with Israeli officials than anyone to hold the office. He and Benjamin Netanyahu have known each other for years, and while Biden was unnecessarily critical of the prime minister during the campaign, there is no reason to believe they cannot work together to advance each country’s interests. Disagreements are to be expected during every administration (Trump, for example, was upset by Israel’s ties to China), but Biden has a Reaganesque gut-level warm feeling toward Israel rooted in his faith and experience, whereas Trump’s policies were driven primarily by political expediency based more on a desire to please evangelicals than to identify with Jews.

One critique is that Biden will be Obama 2.0. As Obama’s vice president, Biden’s job was to advocate the president’s policies, but that does not mean he agreed with them all or will pursue any of them. After waiting a lifetime to be president, it is absurd to believe he is not going to be independent and mindful of repeating his former boss’ mistakes. Unlike Obama, Biden’s views are consistent with those of the mainstream of the pro-Israel community, and his style is very different from Obama’s.

Amnesiacs don’t seem to recall that the self-proclaimed incomparable dealmaker in the White House said achieving peace between Israel and the Palestinians is “not as difficult as people have thought over the years.” Then he delivered a peace plan that was better than those proposed before, but still dead on arrival.

Meanwhile, Biden is being criticized for his desire to resume negotiations for a two-state solution. This is curious, since the same people supported Trump despite his calling on the Palestinians to participate in talks, expressing support for the same outcome, and producing a peace plan envisioning a Palestinian state.

Biden has made no secret of his objection to the expansion of settlements and annexation, which is consistent with presidents before Trump. He doesn’t have to worry, however, because it was Trump who derailed Netanyahu’s plans to apply sovereignty to the settlements.

Biden didn’t agree with Trump’s recognition of Jerusalem and opening of the new embassy, but he has said he will not reverse those decisions, which, incidentally, were called for in the Jerusalem Embassy Relocation Act that Biden voted for in 1995.

“The Palestinians need to accept once and for all reality and Israel’s right to have a secure democratic Jewish state in the Middle East,” Biden has said. He also opposes the “right of return” and said the refugee issue “must be agreed by both parties.” The Palestinians also “have to be prepared to stop what’s going on in terms of their education system, railing against Israel in their schools. They’ve got to stop inciting violence and supporting it when it happens.” All pro-Israel positions consistent with those of the government of Israel.

Some people object to Biden’s desire to resume aid to the Palestinians and UNRWA, but the Israeli government has no objection to humanitarian assistance and supports funding for security cooperation. Though it complains about the refugee organization, Israelis have historically opposed defunding it out of fear Israel would have to take on its responsibilities. Biden will nevertheless be constrained by the Taylor Force Act which prohibits assistance that directly benefits the Palestinian Authority “until Palestinian terrorists and their families are no longer paid.”

Thankfully, Biden is not going to return to the discredited belief that Israeli-Palestinian peace is a prerequisite to Israel normalizing relations with its neighbors. He credited Trump with the achievement of the Abraham Accords, and said he “will seek to build on this progress, and will challenge all the nations of the region to keep pace.” Hopefully, in the meantime, Trump will deliver on his claim that more countries are going to follow the UAE, Bahrain and Sudan.

While Trump’s proposed arms sales to the Gulf states threaten Israel’s qualitative military edge, Biden has said his commitment to maintaining that edge is “unquestionable,” and that he would “make sure that Israel has the best equipment available.”

The greatest concern of Israel and its supporters is Biden’s desire to return to the catastrophic nuclear deal with Iran. Read carefully, however, what he has said. He wants to return to negotiations “to strengthen and extend the nuclear deal’s provisions” while making “an unshakable commitment to prevent Iran from acquiring a nuclear weapon.” He will rejoin the agreement “if Iran returns to strict compliance.” He will “push back against Iran’s destabilizing activities.” He said his administration will impose “targeted sanctions against Iranian support for terrorism and Iran’s ballistic missile program” and promised “ironclad support for Israel.”

Trump wisely jettisoned the deal, but his policies ultimately failed: Iran is closer to a bomb than it was four years ago, it continues to destabilize the region, sponsor terror and develop ballistic missiles, and the regime remains firmly in power. Critics of Biden are apoplectic over his interest in negotiating a new deal, but Netanyahu also wanted a better deal. Moreover, it was Trump who said, if reelected, he “would have a deal with Iran within four weeks” without any of the caveats expressed by the president-elect.

Regardless, there is little reason to fear a new deal, given that Iran has made clear it has no intention of abandoning its current policies.

As in the case of the surge in the spread of Covid-19, Trump has had no plan to combat the growth of antisemitism. By contrast, Biden has produced a blueprint to fight antisemitism and pledged to “speak out about it regularly as president.” He said his administration would also “firmly reject the BDS movement.”

None of these are the positions of a president who seeks to weaken Israel, abandon the special U.S. relationship or cause innocent Jews to die.

The Middle East is not Biden’s top priority. He must deal with the pandemic and the economy. The last thing he needs is to get bogged down with a futile new peace initiative and expend political capital by needlessly picking a fight with Israel.

In the meantime, instead of vilifying the president-elect, the pro-Israel community — right, left and center — should be rallying around Biden and encouraging him to appoint experienced people who understand the Middle East, and adopt policies that will strengthen the US-Israel relationship, advance the cause of peace and eradicate the Iranian threat. If he doesn’t, there will be no shortage of justifiable complaints.

More on what policies he should adopt in next week’s column.

Mitchell Bard is a foreign policy analyst and authority on U.S.-Israel relations who has written and edited 22 books including: “The Arab Lobby,” “Death to the Infidels: Radical Islam’s War Against the Jews” and “After Anatevka: Tevye in Palestine.”