Why do many Jews try to undermine fight against Jew-hatred? 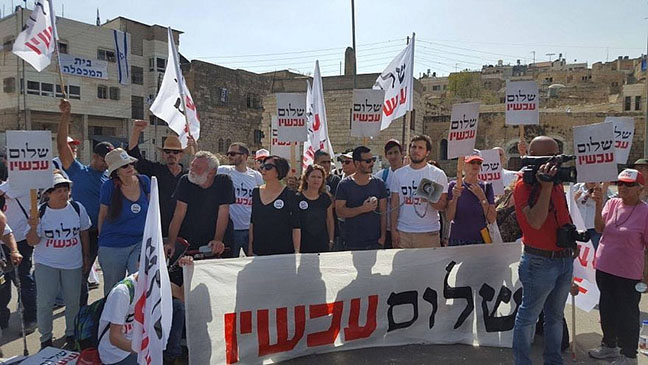 (JNS) — A group of 122 Palestinian academics, journalists, writers and filmmakers signed a letter last month taking issue with the widespread adoption of the International Holocaust Remembrance Association’s definition of anti-Semitism. Their statement has gotten a lot of attention and been rightly criticized as both disingenuous and illegitimate since it is absurd for a group that is the object of prejudice, as is the case with the Jews, to be denied the right to define the hatred that is directed at them.

But as much as the Palestinian protest against the IHRA declaration is deserving of scorn, it should not be our primary focus of concern in this controversy. The real problem is not the unsurprising fact that a cause that has become the main engine driving anti-Semitism would seek to redefine it so as to make their hate seem more legitimate. Rather, it is the willingness of so many Jews, including those who have labeled themselves as “liberal Zionists,” to support their objections and to undermine the growing international support for the IHRA definition.

Groups like Americans for Peace Now and the New Israel Fund are now weighing in against adoption of the definition. That has made it clear that the line between groups that were heretofore deeply critical of Israel but still avowedly Zionist and those that are open about their opposition to Israel’s existence and, as in the case of Jewish Voice for Peace, guilty of themselves spreading anti-Semitism, has become completely blurred. In doing so, these groups aren’t merely expressing criticism of Israeli policies or society, but materially aiding an anti-Semitic cause that targets the sole Jewish state on the planet for elimination, in addition to subjecting Jews who speak up for Zionism to anti-Semitic slanders and attacks.

The IHRA’s definition has become a rallying point in the effort to roll back the rising tide of Jew-hatred that has swept across the globe in recent years. The definition has been a useful tool to combat anti-Semitism because it focuses the discussion on actual examples of prejudicial conduct and discourse. In doing so, it allows communities to avoid being sidetracked by the attempts of anti-Semites to distract from what they are doing by uttering meaningless platitudes about the subject, whose only purpose is to allow them to continue propagating hate while not being held responsible for their conduct.

Simply put, the IHRA definition correctly labels those who want to discriminate against Jews in a way that they would never think of treating anyone else — as is true of all anti-Zionists — as antisemites. That the United States and many other governments have officially adopted it is an encouraging sign that a coalition of decent people of all faiths will stand up against this hate.

So it is unsurprising that those who have been the thought leaders seeking to normalize hatred of Jews in our time would push back against the IHRA definition. Sadly, the Palestinian national movement is inextricably tied to a century-old war against Zionism and the Jewish presence in Israel, and its advocates have routinely practiced Jew-hatred. More than that, they have sought to normalize it. So when the signers of the Palestinian letter claim that they condemn antisemitism while insisting on their right to, “deny the Jewish people their right to self-determination” or to term Israel a “racist endeavor” (the wording of the IHRA definition), they are being utterly disingenuous.

More to the point, they ignore the fact that there are parts of the definition they don’t contest. These include applying double-standards not used to judge any other democracy, let alone one at war; accusing Jews in the Diaspora of dual loyalty; using “symbols and images associated with classic antisemitism” or comparing Israeli policy “to that of the Nazis,” sections — parts of the definition  that they don’t contest; are commonplace examples of Palestinian advocacy against Israel and Zionism.

While the signers of the Palestinian attack on the IHRA claim that they oppose Jew-hatred — and their Jewish fellow travelers like the NIF’s president, historian David Myers similarly falsely acquit them of the charge — you’d have to forget the entire history of the Palestinian Arabs during the last century to accept the claim that classic antisemitism has nothing to do with advocacy for their cause.

Their argument seeks to give Palestinian a pass because of the suffering that they were caused by the return of the Jews to their ancient homeland. Many on the Jewish left argue that there is a difference between classic antisemitism, which is rooted in irrational hate for the Jews — such as belief that Jews killed their God or that Jews secretly control the world as in the lies propagated by The Protocols of the Elders of Zion — and the Palestinian desire to erase Israel from the map. They say the latter sentiment is understandable and perhaps even justified given that Zionism is a colonialist movement that sought to disenfranchise and drive out the indigenous inhabitants of the country.

But treating Jews as having no rights to the land is a denial of history. Jews are not like Europeans seeking to govern foreign territory but are instead indigenous to the land of Israel, as well as being as likely to have come from places other than Europe. It also fails to take into account the fact that the Arabs were determined at every point to refuse compromise and to treat the Jews as not merely unwelcome, but as an inferior dhimmi (“second-class”) people who must be subjugated by Muslims.

Such hatred is not merely a relic of the past when Palestinian leader Amin Al-Husseini, the Mufti of Jerusalem, fomented pogroms and then allied his people with the Nazis during the Holocaust and encouraged the mass murder of the Jews. Nor is it confined to the period when arch-terrorist Yasser Arafat led the Palestinian Liberation Organization and then the Palestinian Authority. And the drumbeat of antisemitic incitement only continued under Mahmoud Abbas, his successor at the P.A., with the Palestinian official media and education system fomenting spread of the hatred of Jews. It is also an essential part of the official doctrine of the Hamas rulers of the independent Palestinian state in all but name that exists in the Gaza Strip. The same is true for groups, like Students for Justice in Palestine, that advocate for BDS on American college campuses.

What then motivates those Jews who speak in favor of this dishonest Palestinian claim?

Those who identify with the far-left of the Israeli political spectrum — and therefore hold views now outside the mainstream in the Jewish state — have become so alienated from normative pro-Israeli advocacy that they are uncomfortable speaking up on its behalf. All too many of them have already accepted the false premises of the anti-Zionists and regard those who rightly brand anti-Zionists as antisemites as political foes. Groups like Peace Now and the New Israel Fund seem more interested in delegitimizing their Zionist critics with attempts to throw them out of groups like the Conference of Presidents of Major American Jewish Organizations or local Jewish Community Relations Councils than they are in calling out Jew-haters who want to destroy Israel.

Though some members of these left-wing groups may claim that they are still Zionist and opposed to antisemitism, their increasingly ambivalent attitude towards Israel, coupled with hostility to those who have called out Palestinians and other anti-Zionists for their antisemitism, seem far more important to them. Unfortunately, they have crossed the line that ought to separate them from those who hate the Jews and have become their “useful idiots,” even open allies. That — and not another Palestinian attempt to deflect accurate charges of Jew-hatred — is not merely a problem but a Jewish tragedy.