Place a Flower for Hadar on the Seder Table 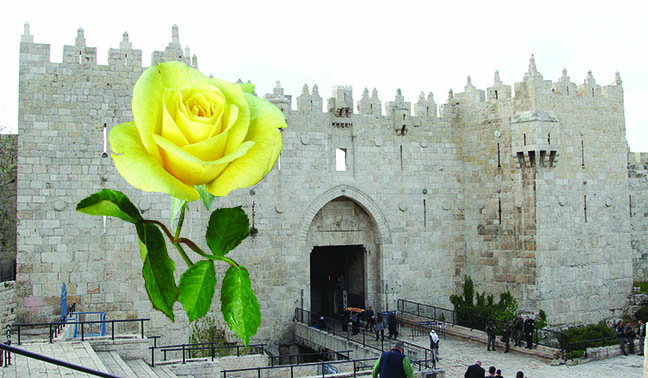 Hadar Cohen will never marry, have children or comfort her parents in their old ages. She was a heroic, 19-year-old Border Policewoman stationed at the Damascus Gate of the Old City of Jerusalem when she was murdered by terrorists, February 3rd of 2016. She and a partner had confronted two suspicious men and, in the ensuing gunfight, Hadar took down a bomb-laden terrorist. In the final seconds of her life, she also managed to save the life of her fellow Border Policewoman but gave up her life in doing so. No one can accurately estimate how many lives and injuries Hadar prevented by her heroic actions.

The firm policy of Israelis is to not honor individuals who commit heroic acts. They say that every life is precious, every martyr is a hero. They cannot honor just one out of the thousands that they have lost in the long struggle to establish a homeland for all of us.

When you travel around Israel, you’ll find almost no sites designated as tributes to individuals. It was truly astonishing when, last year, the City of Jerusalem decided to pay tribute to Hadar and another Policewoman, Hadas Malka, by putting their names on the steps down into the Damascus Gate. This has now been formally done and the Cohen family is comforted to know that in the memories of many thousands, worldwide, Hadar will not be forgotten.

We should not forget either. Alongside the cup of wine for Eliyahu, the cup of water for Miriam and the seder plate, I ask you to pay tribute to her heroism by placing a single flower on your seder table in her name and telling her story to the attendees, particularly the children.

In our home, we make this the 5th question, “Who was Hadar Cohen?” The flower is in her name but it represents all of those incredibly brave soldiers and civilians we have lost in Israel.

Also, please forward this request to your synagogue bulletin and  any other Jewish newsletters of which you are aware, for inclusion in their publications.

We suggest that you use this poignant letter as a reading, in explanation of the inclusion of the flower on your Seder table. It was written by Jewish author Naomi Ragen as a tribute to the heroism of Hadar Cohen.