Unprecedented precision: Israel could have killed thousands in Gaza — but didn’t 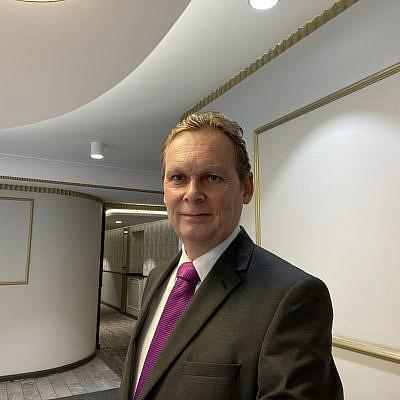 (JNS) — “Operation Guardian of the Walls” may have been the most targeted and accurate precision-bombing campaign ever facilitated by any military, anywhere, in the history of conflict and war.

In the 11 days before the ceasefire, more than 4,100 rockets and mortars were launched at Israel from the Gaza Strip by Hamas, Palestinian Islamic Jihad and other groups.

In response, the Israel Defense Forces targeted more than 1,000 sites across the Strip with complex surgical strikes that stunned militaries and defense establishments around the world.

Many of these strikes were on buildings used as terrorist command centers or that housed Hamas and Islamic Jihad commandos. They were also aimed at aerial-defense compounds, multi-barrel rocket launchers, underground steel bunkers and tunnels in the heart of Gaza’s civilian districts.

Most of the above, as well as massive arsenals of weaponry, were embedded in residential areas, across the street from schools and down the road from hospitals. And right under the noses of the United Nations Relief and Works Agency for Palestine Refugees in the Near East.

In retaliation for the bombardment of its cities and towns, Israel could have killed thousands of Gazans while going after terrorists and their infrastructure. But because the IDF does so much to prevent the death of innocents, despite the risk to its own population, the number of civilian Palestinian casualties remained relatively low.

Of course, every Palestinian child killed is tragic. Yet in spite of what news networks, such as the BBC, constantly report, Israel does not target children.

Last week, I was present at two IDF briefings at which footage was shown of rockets being fired from well inside Gaza territory towards Israel, but falling inside the Strip.

The Gaza-based NGO “Defense for Children” announced in a tweet on May 11 that a number of rockets had fallen short of their target.

The tweet read, “In a second incident around 6:05 p.m., a homemade rocket fired by a Palestinian armed group fell short and killed two children.”

The tweet went on to describe the exact location of the rocket landing. It was deleted three days later, however, after being shared and quoted extensively.

Luckily, I managed to take a screenshot of the tweet before it was deleted. Based on previous experience, I would say that the NGO was “politely” persuaded by Hamas to remove it immediately.

Gaza is ruled by a terrorist organization that limits press coverage. Moreover, Hamas controls the government bodies, such as the Ministry of Health, which supply basic information, and doesn’t hesitate to falsify data when doing so serves its purposes. But, assuming that the Hamas Health Ministry figures are correct, at the time of this writing, among the 227 Palestinians killed, 64 were children.

The IDF confirmed that it did, in some cases, kill children — regretfully. But this happened when a building next to a structure it had targeted partly exploded, due to the weapons stored inside.

On the Israeli side, at least 12 people were killed by Gaza rockets. Two were Arab Israelis in Lod; two were Thai workers on the Gaza border; and one was an Indian caregiver in Tel Aviv.

Hamas deliberately targets Israeli population centers with rockets and other weapons, while using its own people as human shields, firing projectiles from civilian spaces in Gaza — but keeping its leaders and military facilities hidden. This is effectively a double war crime.

Nevertheless, it is Israel that is constantly criticized for defending itself. This is not merely unjust; it does enormous damage to all democracies faced with fighting this type of evil.

Taking Hamas’s side over Israel’s encourages terrorists. Once they know that the media is behind them, their confidence is bolstered and they have no reason to stop shooting. It is — in the words of Israeli Prime Minister Benjamin Netanyahu — “the height of hypocrisy.”

This latest round of fighting had nothing to do with Sheikh Jarrah or the Al-Aqsa mosque. In fact, Israel did everything it could to de-escalate tensions in and surrounding the issue of Jerusalem. First, the government asked the court to postpone the proceedings relating to the Sheikh Jarrah decision—something that’s never been done before in Israel’s history.

Second, it rerouted the Jerusalem Day parade, which has taken place every year for more than half a century. Third, the Temple Mount was closed to Jews, in favor of allowing 85,000 Muslim worshippers on the site during Ramadan. In addition, Israeli police removed the barriers set up at the Damascus Gate to control the large crowds heading to the mosque.

But Hamas was furious with Palestinian Authority leader Mahmoud Abbas for canceling the Palestinian elections, in which the terrorist organization was expected to score a huge win that would have given it considerable power in Judea and Samaria (the West Bank).

So, Hamas used Jerusalem Day celebrations and the Sheikh Jarrah court proceedings as excuses to incite violence in pursuit of its political goals.

Abbas claims that he canceled the elections because Israel was going to forbid Arab residents of eastern Jerusalem to participate in the vote. This is false. The Jerusalem Municipality confirmed that several thousand eastern Jerusalemites could cast their ballots; the dispute surrounded some 600.

Hamas and Islamic Jihad hadn’t intended for there to be a full military confrontation with Israel. They erroneously miscalculated Israel’s stomach to retaliate, and they have been dealt a severe blow.

As it always does, Hamas declared victory when this latest round of fighting was over. But news media and world governments have a responsibility to make it clear that the terrorists lost and must not be allowed to rearm.

James J. Marlow is a broadcast journalist previously working for ITN, EuroNews, LBC Radio, Daily Express and a number of Jewish publications. In addition,  he ran a Media and Communications Training Operation and was a consultant at the Ministry for Foreign Affairs in Jerusalem. He was also responsible for the training of Shlichim at the Jewish Agency and Bnei Akiva.