If the U.S. wants to be humane, it won’t rebuild Gaza 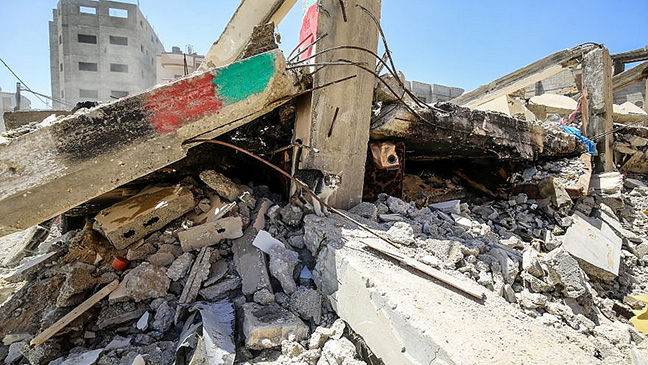 A destroyed house in Rafah in the Gaza Strip after two weeks of rocket attacks launched by Hamas on Israeli civilian populations, resulting in heavy Israeli airstrikes in the Strip, May 24, 2021. Photo by Abed Rahim Khatib/Flash90.

(JNS) — In the aftermath of the ceasefire between Israel and Hamas after 11 days of fighting that left 12 Israelis and 248 Palestinians dead, and approximately 77,000 Gazans homeless, the Biden administration now wants to help. Secretary of State Antony Blinken headed to the Middle East this week but his purpose is not, as he claims, to revive the dead-in-the-water peace process between Israel and the Palestinians. Rather, it’s to ensure that the truce holds. According to President Joe Biden, Blinken will do so while simultaneously reaffirming “our ironclad commitment to Israel’s security” while also continuing “our administration’s efforts to rebuild ties, and support for, the Palestinian people, and leaders, after years of neglect.”

There’s a lot to unpack in that sentence. Biden’s words signaled a shot at the administration of former President Donald Trump’s closeness with Israel and attempt to hold the Palestinian Authority accountable for its support of terrorism. It also reflected a policy shift to a more “even-handed” approach to the conflict, while at the same time also attempting to claim that its support for Israel is unshaken.

Any statement that seeks to reassure both the sector of his party’s base that is anti-Israel and Americans who support the Jewish state can’t be said to amount to much. That’s especially true since the administration’s foreign-policy priority until last week was its ongoing efforts to reach a rapprochement with Iran, which would enable Tehran to have even more resources to give to Hamas and Palestinian Islamic Jihad embedded in Gaza.

As Biden talks out of both sides of his mouth about the Middle East, it’s clear that the one thing the administration is definitely intent on doing is to lead an international humanitarian effort to “rebuild” Gaza.

Doing so will be a way for Biden to show that he means what he says about supporting the Palestinians in such a way as to get credit from the growing faction of leftist Democrats who falsely think that Israeli counter-terror strikes in Gaza are the moral equivalent of Derek Chauvin kneeling on George Floyd’s neck.

Biden clearly wants a policy that will appear to neither openly punish Israel nor reward Hamas. “Rebuilding” Gaza is, he thinks, the way to do it while advancing the creation of an independent Palestinian state in the West Bank and Jerusalem. Blinken and the other foreign-policy establishment luminaries that staff his administration still believe a two-state solution is the only way to prevent future outbreaks of fighting.

The fundamental mistake here is not just the notion that America can maintain its alliance with Israel while also being good friends with a Palestinian nationalist movement committed to the Jewish state’s destruction. Rather, the immediate problem is that Biden and Blinken think they can aid the people of Gaza without helping or even rewarding Hamas.

They cannot. What’s more, not only is that impossible, anything done to advance such an objective won’t be just a tactical error that will give Hamas a short-term advantage. It will also send a message to all Palestinians that the long-term objective of Hamas — namely, the elimination of Israel — is not only still on the table, but a realistic future option towards which they should work.

As the international community learned after it devoted many billions of dollars to aid to reconstruct Gaza after the 2014 war, it was virtually impossible to ensure that the money helped ordinary Palestinians rather than their Hamas tyrants. There has never been an example in history of cash pouring into a totalitarian regime — exactly what the Islamist-ruled, independent Palestinian state in all but name that exists in Gaza truly is — that could be kept out of the clutches of the rulers in one way or another

Some homes destroyed because of Hamas’s policy of using civilians as human shields were indeed rebuilt after 2014. But most of the building material that was let into the coastal enclave went into rebuilding the terrorist group’s military infrastructure, including hundreds of kilometers of tunnels used for storing their armaments and providing shelters for their military personnel, though not civilians.

There is no reason to believe the next round of rebuilding will go any differently. Nor are there any grounds for believing that United Nations officials tasked with the job of guaranteeing that civilian needs are dealt with rather than those of Hamas, will do that.

While administration officials say they will try to force Hamas to choose between — in veteran peace processor Dennis Ross’ words, “their rockets and the well-being of Gaza” — to even suggest that they would ever choose the latter over the former is to take leave of reality altogether. This attitude always results in foreign officials allowing money and material to pour into Gaza, where it will be used by Hamas to make it an even more formidable military target.

The problem is that Biden, Blinken, the foreign-policy establishment, the liberal media that echoes their arguments and even those left-wingers who are pressuring the administration to be tougher on Israel still don’t understand what Hamas is after.

Blinken repeated this past weekend the pious hope that “there has to be” a prospect for a peaceful solution between Israel and Hamas. Some claim that Hamas is actually much more pragmatic than their Islamist ideology and wants a modus vivendi with the Jewish state, citing their willingness to accept a Palestinian state in the West Bank and Gaza. But while Hamas is always practical when it comes to their survival and day-to-day tactics, their goals are unchanged.

As deputy chairman of the Hamas “political bureau” Musa Abu Marzouk stated in an interview last week (translated by MEMRI), this latest conflict is just one more among many other “wars” to come in pursuit of their ultimate goal: Israel’s elimination. Saying that his group was not composed of “dreamers,” he said that Israel will go the way of the Berlin Wall and the apartheid-era South African government.

He’s serious. So are Hamas supporters and those in the West Bank who would prefer it to Abbas. And every step towards normalizing Hamas, rather than isolating and defeating it, is a signal to a Palestinian people who have been sold such fantasies for the last 100 years that their long war to defeat Zionism is not yet lost.

Rebuilding Gaza may help some Palestinians, but it will also enable Hamas to assert that there were no long-term consequences for their actions. By repeating the mistakes made by every administration prior to that of Trump, and reinforcing expectations that the West will not punish the Palestinians for terrorism and rejecting peace, Biden is not advancing a two-state solution.

To the contrary, he will be making peace even more impossible by indicating to the Palestinians that they don’t have to surrender to reality and accept Israel’s permanence and legitimacy. So-called humanitarian policies that are rooted in the pretense that the people there can be aided without requiring them to overthrow their Islamist masters is money spent on enabling Hamas, not peace or the welfare of the Palestinians.

It’s hard to resist arguments that appeal to our sympathy for those who are caught in the crossfire created by Hamas terrorism, even when they are not made in the context of appeals to delegitimize Israel’s right to exist or to defend itself. Nevertheless, the best thing Biden can do to actually advance the cause of peace is to not spend a cent on rebuilding the terrorist state in Gaza. 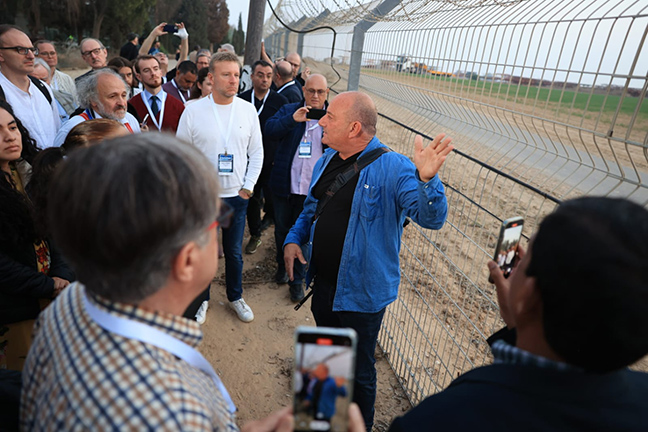