For anti-Zionists, Palestine doesn’t stop at the Green Line 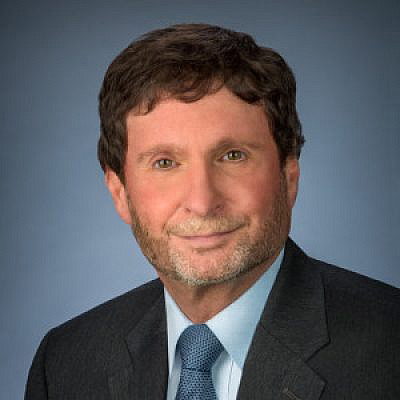 (JNS) — In the aftermath of the recent uproar over the Ben & Jerry’s ice-cream company announcing it would boycott the “Occupied Palestinian Territory,” it is worthwhile to take a closer look at that term.

In 1964, Ahmad el-Shukairy convened a conference at which he created a terrorist movement called the Palestine Liberation Organization. The PLO undertook to perpetrate terrorist acts against Israeli civilians to “liberate Palestine.” At the time, Jordan occupied Judea and Samaria (the “West Bank”) and Egypt-occupied Gaza. Yet, the PLO’s terror campaign was not aimed at driving Jordan or Egypt out of those illegally occupied lands. Rather, all PLO terror aimed instead to drive the Jews out of Tel Aviv, Haifa, Ra’anana and other cities, towns and villages in pre-1967 Israel and “into the [Mediterranean] sea.”

It always has been Arab Muslim Orthodoxy that “Palestine” is the entire country of Israel, not merely Judea and Samaria. See for example the emblems of the “Palestine” terror groups, including the PLO, Fatah, Hamas and the Palestinian Islamic Jihad. That is their “Occupied Palestine Territory” — not the “West Bank” or Gaza but all of Israel. It is as clear as day, right there on their flags and banners. It is their logo. One does not need to be fluent in Arabic to grasp what is on their minds and in their attack plans.

Arabs who claim that their families were expelled from Akko or Jaffa will never be satisfied with Jenin in Samaria or Beit Hanoun in Gaza. It’s like a real estate agent telling a Chicago-based Midwestern American Jew seeking to relocate to the Brooklyn of his childhood: “I have a listing in Chubbuck, Idaho, and another in Waterloo, Iowa. Believe me, you won’t know the difference.”

In the end, when Israel’s enemies speak of the “Occupied Palestinian Territory,” they are not referring to Gaza and Judea-Samaria. Rather, their slogan is “From the River to the Sea, Palestine will be free.”

How else to understand why so many “Palestinians” in Gaza, ruled by Hamas, and in the Palestinian Authority, ruled by Mahmoud Abbas, live in so-called refugee camps? If those Arab Muslims truly are a Palestinian nation, and if “Palestine” and the “Occupied Palestinian Territories” truly are the regions of Gaza, Judea and Samaria — then why and how can those Arabs who have been living there for decades call themselves refugees and demand — and receive — billions in international handouts from the United Nations, the European Union and even the United States as though living displaced from their own land?

For those who speak of a “two-state solution” as though Israel’s enemies are prepared to live alongside it in peace someday if only Israel withdraws from Judea and Samaria, it is important occasionally to glance back at the logos of Palestinian terrorist groups.

Rabbi Dov Fischer, a law professor and senior rabbinic fellow at the Coalition for Jewish Values, is a senior contributing editor at “The American Spectator.” This article first appeared in Israel Hayom.