Real solidarity with the Palestinians has to include honesty 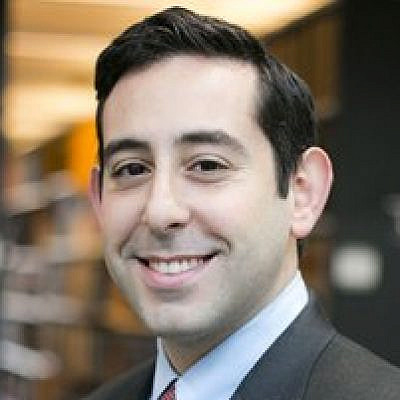 (Jewish Journal) — The United Nations celebrated its International Day of Solidarity on Nov. 29 with the Palestinian people. Established in 1977, it commemorates the anniversary of the General Assembly passing Resolution 181, the United Nations Partition Plan for Palestine, which called for the area to be divided into two independent states: one Arab and one Jewish.

In his official message, Secretary-General António Guterres noted that the situation in Palestine “remains a challenge to international peace and security,” and called for the international community to “reaffirm our unwavering commitment to the Palestinian people in their quest to achieve their inalienable rights.” He also referred to the “Occupied Palestinian Territories” and called for a two-state solution “based on the 1967 lines.”

It is incredibly odd but unfortunately telling that neither his nor any of the other U.N. statements commemorating the day even mentioned the very relevant fact that on Nov. 29, 1947, the Arab world rejected the U.N. Partition Plan.

Rather than declare a peaceful Palestinian state, the Arabs chose to instead declare a genocidal war — which they then lost. The rejection of the Partition Plan (and the ensuing decision to attack) is one of the main reasons why the Palestinian question remains unresolved.

Real solidarity with the Palestinian cause would include being honest about the full history of Nov. 29 and acknowledging the real-world consequences of decisions made that still affect the Middle East today. At the time, the United Nations blamed the Arabs for the violence and aggression that were clearly meant to undermine the resolution and forcefully take land.

Two of the five armies that invaded Israel, Jordan (in the West Bank) and Egypt (in Gaza), illegally occupied territory that they had taken through aggressive action, expressly forbidden under international law. In 1967, Israel regained those territories in a defensive war under Article 51 of the U.N. charter. Ironically, to give meaning to the “1967 lines,” as the secretary’s statement does, is to retroactively ratify aggression against the U.N.’s mandate and support illegal occupation.

The United Nations fails the Palestinian people every time it emptily reaffirms its commitment to their national aspirations while ignoring the missteps their leaders have taken on the path to its achievement. Today should be a time to take serious stock and recognize what is and is not possible. It is not possible to turn back the clock to Nov. 29, 1947, and completely erase the bloody effects of some very bad decisions. But it is still possible to fulfill the spirit of the U.N. Partition Plan — two nations, Israel and Palestine, living peacefully side by side.

To that end, Israel has repeatedly offered plans for division of the land, some of which were even supported by much of the Arab world. Israel has already handed over some 87 percent of the territory it regained in 1967, and at various times in recent history has offered up to 99.3 percent of the remaining disputed territory, plus tens of billions of dollars, all in exchange for peace. Some of the Israeli plans even called for the division of Jerusalem. Each time, however, the Palestinians refused, for the same reasons they rejected the Partition Plan — they do not recognize Israel’s legitimate and historical claims to these same areas, and they are thus unwilling to share.

Part of that unwillingness relates to a fundamental misunderstanding that many people have about Israel, the Mandate and the events of Nov. 29.

To be clear, Israel’s legitimacy is not rooted in the beneficence of others. The Jewish people’s rightful claims predate the League of Nations and precede the horrors of the Holocaust.

In the early 20th century, Jews came from around the world to buy and cultivate land in order to further expand the existing Jewish communities that had remained in Israel as a continuous presence since biblical times and throughout all their exiles. As Winston Churchill, then secretary of state for the colonies, explained, “When it is asked what is meant by the development of the Jewish National Home in Palestine, it may be answered that it is not the imposition of a Jewish nationality upon the inhabitants of Palestine… but the further development of the existing Jewish community… [I]n order that this community should have the best prospect of free development… it is essential that it should know that it is in Palestine as of right and not on sufferance.”

This year, Nov. 29 also happened to fall on the first day of Hanukkah, when Jews around the world commemorate the Maccabean victory over the Seleucid Empire in 164 BCE and the rededication of the Temple in Jerusalem. Later, when Antiochus VII demanded the return of land the Maccabees had won back in their defensive conquest, Simon, the last remaining brother of Judah Maccabee, responded: “We have not taken strange lands, nor are we ruling over foreign territory. We have returned to our ancestral inheritance.” (1 Maccabees 15).

As King Solomon — the Jewish king who ruled that same territory roughly 700 years before the Hanukkah story — famously said, there is nothing new under the sun. While Jewish leaders celebrated Nov. 29, 1947, as the day that the world again recognized those claims, no one gave Israel to the Jews, and therefore no one has the right to ever take her away.

The real lesson of Nov. 29 is that the Arab world made a critical mistake in rejecting the U.N.’s Partition Plan and ignoring the Jewish people’s legitimate and indigenous claims. But that does not mean there cannot be hope for a better future. Standing with the Palestinian people does not mean offering empty platitudes. Real solidarity requires being honest about hard truths and competing but legitimate claims, so that the same mistakes are not repeated over and over again.

Dr. Mark Goldfeder is the director of the National Jewish Advocacy Center. This article first appeared in the Jewish Journal.