First Israel-Iran war around the corner? 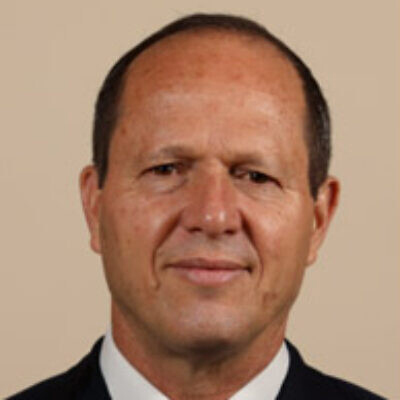 (JNS) — As a Jew and an Israeli, current events are nothing short of bizarre. Iran, a terrorist state behind a global axis of evil, is once again getting the last laugh. It is hard to watch as the United States and Europe politely attempt to reach a deal with Tehran at the cost of an existential threat to Israel.

Murmurings in Europe, along with American ambiguity toward Israel on this issue, are a warning sign to Jerusalem. The lifting of sanctions will see billions of dollars pour into the Islamic Revolutionary Guard Corps’ coffers for the country’s transformation into a nuclear state. No less dangerous, it will boost their confidence ahead of military action against Israel on multiple fronts.

The next war on our northern front won’t be the Third Lebanon War, but the First Iran War. The Iranians are planning to strike Israel on six fronts: From Lebanon, Syria, the Gaza Strip, Judea and Samaria, internally with the assistance of some Arab Israelis, and through the use of long-range missiles from Iran and Yemen. This will be a conventional war, but it will be far from straightforward.

To date, Iran has succeeded in establishing a regional axis of evil through the creation of a ring of armed divisions around the State of Israel. In practice, Tehran is working toward the kind of warfare it is comfortable with, meaning far from its borders. Hundreds of thousands of Iranian missiles are dispersed on Israel’s borders, and they are launched from time to time, in accordance with Tehran’s interests.

The Iranian working model is to build a “security network” in the form of Hezbollah, Palestinian Islamic Jihad and other terrorist organizations.

The time, therefore, has come to change the equation. For every missile launched from Lebanon, the return address should be Tehran. Iran’s days of immunity are over. They need to pay a price at home, in Tehran and every other place they hold dear.

That is why the talks in Vienna do not tell Iran’s story. The question is not whether or not Iran will not obtain nuclear weapons. This is a terrorist state aspiring to world domination through the decimation of Western culture. Unfortunately, the West is always the last to know.

As a public official and Israeli citizen, I am personally unable to look on from the sidelines. This is why I headed to the United States to try and wake Washington from its stupor. I will embark on a public diplomacy campaign within the framework of which I will meet with senior members of Congress, opinion leaders and journalists. Every one of us must do everything we can to influence the situation. The window of opportunity may soon be closed completely.