Stand up for Israel and against “Pillay’s Pogrom” at the U.N. 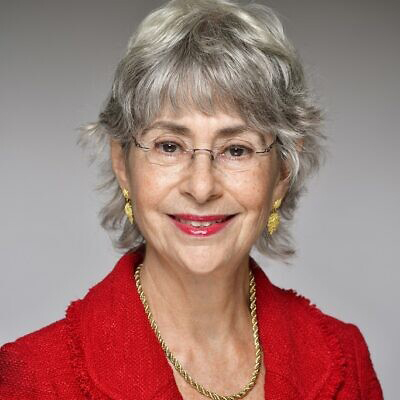 (JNS) — The so-called U.N. “Human Rights” Council has initiated an anti-Israel venture to outdo the legions of all U.N. anti-Israel schemes ever devised. Deceitfully labeled a “Commission of Inquiry,” it is headed by former U.N. High Commissioner for Human Rights, South African Navi Pillay. In short, the U.N. has launched Pillay’s Pogrom.

It is imperative not to underestimate the anti-Semitic path of destruction that Pillay and her partners intend to pave. Given her history and the diabolical format of the new “inquiry,” all those who truly care about combating modern anti-Semitism need to respond. In practice, the “inquiry” itself has issued a “Call for Submissions” and answering this call provides such an opportunity.

The U.N. initially marketed the “inquiry” as a means to address last spring’s conflict between Israel and Hamas. In May, the terrorist organization Hamas launched rocket attacks against Israel from residential areas in Gaza. During 11 days of fighting, Hamas fired more than 4,300 rockets and mortars into Israel. In response, Israel initiated “Operation Guardian of the Walls” to restore peace and security, and to defend and protect the human rights of Israelis. Palestinian leaders deliberately placed Palestinian civilians in harm’s way, using them as human shields.

Palestinian terrorists, however, weren’t aiming for an illusory military victory. Their sights were set on the U.N. Despite the U.N.’s routine approach of ignoring or slow-walking responses to colossal atrocities, the U.N. Human Rights Council met in a special session on May 27, six days after a ceasefire was concluded. At the session, held at the behest of the Organization of Islamic Cooperation and the “State of Palestine,” they adopted a resolution creating the “inquiry,” aka Pillay’s Pogrom. Not a single Western democracy voted in favor of the resolution.

The resolution doesn’t mention Hamas, or rockets, or any civilians but Palestinians. Instead, it sets up a mechanism to destroy the modern Jewish state by criminalizing its self-defense and ravishing its economy.

Particularly insidious and inflammatory is the “inquiry’s” primary purpose: to delegitimize the Jewish state by characterizing it as guilty of “systematic discrimination and repression based on national, ethnic, racial or religious identity.” The mandate and structure of the “inquiry” have been designed to rewrite history from 1948, to find Israel guilty of apartheid and to declare the “root causes” of “conflict” to be Jewish infringement of Muslim rights. The plan is for (false) claims of racism to validate and unleash criminal prosecutions of Israelis and demands upon “third states” and “business enterprises” to boycott, divest and sanction Israel.

The budget for this enterprise is a wild grab for an unprecedented amount of cash and human resources — shockingly, with no end date. Millions upon millions of dollars will be charged to the U.N.’s regular budget, and therefore passed on to every taxpayer, of every U.N. member state, every year, in perpetuity. A whopping 18 to 24 people are to be hired as permanent staff. An in-house legal team in the Office of the U.N. High Commissioner for Human Rights will be created to target and pursue Jews who defend and inhabit the Jewish state — in the name of equality and human rights.

There are three members of the “inquiry,” all of whom have been carefully selected precisely because they fail to satisfy U.N. rules supposedly requiring “independence,” “impartiality” and “objectivity.” Pillay is the world’s leading champion of the UN Durban conference’s antisemitic mantra that the Jewish state is a racist state. As High Commissioner during the 2008-09 and 2014 Gaza wars, Pillay played a pivotal role in promoting the Goldstone report and the outrageous slander that Israel targeted and murdered children and the most vulnerable. Since leaving office, she’s made a habit of promoting BDS and accusing Israel of apartheid. The two other members of her hit squad are Millon Kothari and Chris Sidoti, both with public records of anti-Israel extremism and Palestinian partisanship.

The result of this witch hunt is a foregone conclusion. The urgent need arises, therefore, to shake its foundations, and to challenge its veracity and legitimacy. Making a submission can do just that.

Moreover, submissions will matter not only to Israel and the Jewish people, but to a great many others. They will matter for all those concerned about the falsification of international law, the criminalization of self-defense, and the incendiary consequences of joining anti-Semites in their quest to fabricate racial and religious oppression at the hands of Jews.

Stand up to #PillaysPogrom. Write now.

Submissions: The “Inquiry” has officially issued a “Call for Submissions.” Here are the basics for doing your part to delegitimize the delegitimizers and to play an important role in combating modern anti-Semitism.

Deadline: The inquiry’s first report is due to be published in June. Submissions should be made as soon as possible. Aim to be no later than the end of February.

How many submissions: The more, the better. If they overlap, that is not a problem.

Topics: The “Inquiry” has a list of five acceptable topics for submissions. They are deliberately vast in scope. Below, the U.N.’s formal topics are italicized. Suggestions for submissions for each are listed underneath. They are just ideas and not intended to be limiting or determinative in any way:

“Underlying root causes of recurrent tensions, instability and protraction of conflict in and between the Occupied Palestinian Territory, including East Jerusalem, and Israel; as well as systematic discrimination and repression based on national, ethnic, racial or religious identity;

Suggestions: True accounts of the myriad dimensions of the history of the conflict. The enduring historical and spiritual realities of the Jewish people and the land of Israel. Palestinian antisemitism. Systematic Palestinian/Arab discrimination and Palestinian/Arab repression or attempted repression based on non-Muslim religious or non-Arab ethnic or racial identity. Refutations of the apartheid lie. What makes modern antisemitism clearly different from legitimate criticism of Israel (as any other state). Protraction of conflict by surrogates and defenders of Palestinian terrorists, revisionists, rejectionists and violent antisemites operating in politics, schools, media and non-governmental organizations around the world. The recurrence or cycle explained (hatred of Jews—hatred of the Jewish state—violence directed at the Jewish state—Jewish self-defense—more Jew-hatred).

Suggestions: The experiences of the full range of victims of Palestinian terror and incitement. Legal accounts or demonstrations of the panoply of unlawful Palestinian acts.

Identification of those responsible;

Suggestions: The identification and naming of: Palestinian criminals; members of Palestinian terrorist organizations; the promoters of antisemitic hate in traditional and social media; payors and recipients of Palestinian funds under “pay-to-slay” rules; inciters of terrorism and violence; child educators teaching hate; parents who send their children into harm’s way; members of NGOs engaged in systemic antisemitism, or incitement to violence or terror; organizers and members of groups using Israel as a cover for antisemitism; Palestinian officials or representatives (elected or chosen) engaged in sponsoring, funding, inciting and otherwise supporting antisemitism, religious and racial intolerance, violence and terror, and the rejection of a Jewish state.

Recommendations on accountability measures, with a view to avoiding and ending impunity and ensuring legal accountability, including individual criminal and command responsibility;

Suggestions: Instances of the unaccountability of Palestinians and their governing entities. The wrongfulness of turning those responsible for self-defense into criminals. The rules of international humanitarian law and their proper application to this conflict. How Israel’s legal system promotes accountability. Why discriminatory U.N. apparatus does not and will not promote accountability in this conflict. Accountability measures for ending the spread of modern antisemitism and impunity for fueling antisemitic violence.

Recommendations on measures to be taken by third States to ensure respect for international humanitarian law in the Occupied Palestinian Territory, including East Jerusalem.”

Suggestions: The antisemitic character of BDS and the illegality of endorsing it. Recommendations for measures by third states to terminate legitimization and financing of Palestinian terrorist organizations and their NGO enablers and accomplices, wherever they are based. Measures third states, as funders and supporters of the United Nations, can take to rebuff disrespect for international humanitarian law by and through the United Nations at the bidding of Israel’s enemies.

Be sure to start your submission by referring to one or more of the five italicized topics listed in the U.N.’s formal “Call for Submissions,” so they have no excuse to rule your work “outside the mandate.”

Make your case in reasoned terms, with sources as appropriate.

Any length will do. Even a single page.

The work need not be new. An existing or pre-published work can be submitted as long as it is introduced as clearly connected to one or more of the five italicized topics listed and why.

Provide a brief statement as to who you are.

Submissions should be sent both:

by email to the UN Secretariat.

Further, we recommend sending the submission itself, or a notification of having made a submission, to:

The UN Inquiry has astonishingly stated that “acknowledgements of receipt of information will not be sent to the author(s).” To ensure there is a record of your submission, we are recommending that you keep a copy of your sent email, and send the submission, or the notification thereof, also to Human Rights Voices.

You cannot assume that your submission will be read or noticed in the “Inquiry’s” report. But you can reach the court of public opinion and affect the reception and impact of the report.

Proactive steps are required to ensure that your voice is heard. These can include: holding a news conference or publishing a press release announcing your submission; turning it into an op-ed; publishing it online or elsewhere; using it as the basis of a webinar, seminar, meeting or conference; using the substance and process for an array of social media activities.

Furthermore, U.N. actors and anti-Israel organizations will mount a sustained campaign hyping the “inquiry’s” report, particularly its first reports to the Human Rights Council in June 2022 and the General Assembly in the fall of 2022, and demanding implementation. You, too, can prepare for this onslaught with news conferences, press releases, interviews and social media campaigns.

Have you ever asked yourself what you can do to improve the welfare of the Jewish people and its state? To do something to protect the human rights of the men, women and children of Israel against seven decades of violent anti-Semitism? To fight back against the appropriation and degradation of educational facilities, commercial institutions and democratic bulwarks around the world by the promoters of tension, instability and the protraction of the Arab-Israeli conflict? To contribute to peaceful coexistence between Israel and its Arab neighbors? To challenge the use and abuse of the U.N. to promote impunity and unaccountability for systematic discrimination against Jews and repression based on Jewish identity?

And to do so without funding or travel or networks?

Anne Bayefsky is the director of the Touro Institute on Human Rights and the Holocaust, and president of Human Rights Voices.