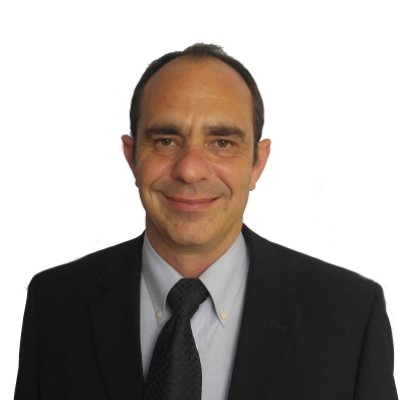 (JNS) — Speaking after the recent meeting of the Palestinian National Council, its deputy chairman, Ali Faisal, clarified that there is a binding Palestinian decision to “renounce… all agreements with Israel.” He added that from the point of view of the Palestinian leadership, the Palestinians “have entered a path of resistance in all its forms” — a phrase that clearly includes the use of violence and terror.

“The decision of the [Palestinian] National Council was a recommendation to the [PLO] Central Council to renounce all the commitments of the Oslo Accords and stop the security coordination [with Israel]. Now there is a binding decision. The Central Council decided to renounce the commitments of all the agreements with the State of Israel, whether by the PLO or the P.A.,” Faisal said on official P.A. television on Feb. 18.

“Currently we are outside the path of Oslo, the security coordination, and the economic Paris Agreement, and we have entered a path of resistance in all its forms and a realization of sovereignty,” he added.

To understand the ostensible importance of this statement, it is necessary to explain what the PNC is and what authority it carries.

Constitutionally, the PNC is the highest authority in the Palestine Liberation Organization and is responsible for formulating its policies and programs.

The PLO Central Council was established by the 11th PNC meeting, in January 1973, as a legislative organ to function when the PNC is not in session and to follow up and implement its resolutions. The central council’s members are drawn from the PNC (including the entire PLO Executive Committee) and it is chaired by the PNC president.

In other words, the PNC is the primary and most senior organ of the PLO. Its decisions are binding on the entire organization.

What impact do decisions of the PNC have on the Palestinian Authority?

According to the PLO, the P.A. — created by the Oslo Accords — is merely an interim governing body that functions within, and subject to, the PLO. Since the signing of the Oslo Accords, the head of the PLO has also held the position of P.A. chairman. Accordingly, to this day, the PLO governing bodies appear to make all the major decisions on behalf of the Palestinians, expecting the head of the organization and the chairman of the P.A. to implement those decisions.

When the PLO makes an internal decision to “renounce… all agreements with Israel,” with impact on both the security coordination and economic relations (referred to by Faisal as the “economic Paris Agreement”) between Israel and the P.A., that decision should have a binding effect. A decision of that nature, taken by the highest Palestinian source of authority, should not only bind the PLO and P.A., but should also have ramifications vis-à-vis Israel.

However, despite the ostensible severity of the PNC decision, nothing on the ground has changed. Neither the PLO nor the P.A. has announced any severing of the security coordination with Israel, and they certainly did not decide to stop taking the hundreds of millions of dollars of taxes Israel collects every month and gives to the P.A.

In stark contrast, in May 2020, P.A. chairman Mahmoud Abbas decided alone and announced to renounce all agreements with Israel, including those regarding security coordination and tax revenues. That decision held for six months, after which the coordination was renewed and the P.A. agreed to accept the billions of shekels (over a billion dollars) in tax revenue that had accrued during that period.

PLO declarations aside, the reality is that everyone — including the Palestinians themselves — knows that the PLO is a defunct institution that lacks any real legitimacy. Both the PLO and the PA are run as a de facto dictatorship, in which decisions are made by one person. The PLO only continues to exist thanks to the hundreds of millions of dollars given annually from the PA budget to the “PLO institutions.” No one truly puts any stock in the decisions made by the PLO, and the organization itself is incapable of enforcing the decisions it and its institutions make.

While the PLO may have renounced all agreements with Israel, the reality is that the PLO is simply irrelevant.

The terms “all means,” “all means of resistance” and “all forms” are ‎used by P.A. leaders to refer to all types of violence, including terrorist attacks ‎against Israeli civilians.