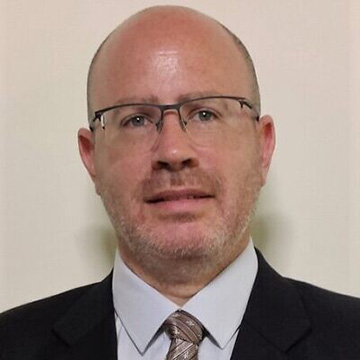 (JNS) — Recently, we marked, as we do every year, November 29, the date of the historic United Nations decision to partition the British Mandate of Palestine into Arab and Jewish states. It has also come to be designated by the U.N. as “International Day of Solidarity with the Palestinian People.” But even as the Palestinians and their supporters seek to rebrand the day and to cast Israel as a colonial, apartheid state, and an unscrupulous violator of human rights, one must point out the unflattering truth — the Palestinian campaign is about privilege and supremacy of the Arabs and Palestinians, and not about justice.

Many readers will be scratching their heads at this point, as privilege and supremacy are usually associated with white Europeans and Americans and not the seemingly poor and oppressed Palestinians. But they would be missing the obvious truth — privilege and supremacy are not exclusively white, but are borne of deep-seated perceptions of superiority by those groups who are in power, especially if they have held power for a long time. Some societies manifest it in a caste system, others do so by formally making religious or ethnic minorities into second-class citizens.

Jews were second-class citizens in the areas controlled by the various incarnations of Arab or Islamic rule over the centuries, and this only ended after the fall of the Ottoman Empire in World War I. This happened all over the Middle East including in the Holy Land, where Jews have been living for centuries in holy cities such as Jerusalem, Tiberias, Hebron and Safed.

Jews were taxed for being non-Muslims; ofttimes they were persecuted (although less than in “enlightened” Europe), and were treated, as one Egyptian Jew described it, as “guests in their own home.” For most of that time, Jews were unable to own land, were confined to live in certain areas, and were subject to random acts of violence from their neighbors.

It is no wonder that when the “second-class” Jews were suddenly equal rights citizens under the British mandate, the Arabs chafed under what seemed sacrilegious — a Jew enjoying the same rights as an Arab. No land was confiscated from Arabs and no houses were demolished; mostly uninhabited lands were bought and developed, but the anger simmered.

Even as the British tore away parts of the land destined for the Jewish homeland and created the Hashemite Kingdom of Jordan, Jews were building hamlets and prospering by the fruit of their labor without depriving the local Arab population. Yet, the Arab anger continued to grow. It was “unjust” and “unnatural” and the “good Arab boys” indeed took matters into their hands — Jewish homes, businesses and hamlets were the targets of brazen criminal behavior and outright racist attacks, especially during “the Great Revolt” (1936-1939) against the British that saw Arabs destroy Jewish communities in Hebron, Jerusalem, the Galilee, and the Negev, killing over 400 Jews (though Arab casualties were far more severe, over 5,000 dead).

Palestinian apologists try to explain it away as budding nationalism and anger at the demographic changes, but this happened all over the Middle East and North Africa (MENA) — it was far from confined to the Holy Land. In Iraq, the notorious Farhud in 1941 saw Iraqis kill at least 180 Jews, wound over 2,000 and ransack the homes and properties of thousands. In Egypt, attacks on Jews in Cairo occurred in 1938 and 1945. The racist treatment intensified to a crescendo of violence against Jews as Israel was established — attacks on Jews were the norm, their properties were confiscated, and many were arrested or detained in camps. Around 900,000 Jews were thus forced to migrate and leave most of their property behind. Second-class residents indeed.

Why is this about racism and privilege and not mere discord between nations? First, it was widespread and commonplace throughout the MENA region; there was not a single Arab or Middle Eastern country that didn’t see its Jewish community decimated and abused — in the same way that no state in the American Confederacy treated blacks as nothing but slaves, and less than whites, after the Civil War.

Second, the rejection of the right of Jews to self-determination in their ancient homeland is pervasive. The notion of Zionism, the national movement of the Jewish people, is described in the most derogatory terms — colonialism, racism, Apartheid, crimes against humanity. The rejection of the right to be an Israeli or a Zionist is evident in academia, sports (including harassing Israeli journalists in the “safe environment” of the soccer World Cup in Qatar), culture and literature, just for the crime of supporting Jewish self-determination in the Holy Land.

Third, the Palestinians and their supporters are out to redefine history as part of denying Jewish claims to the Holy Land. In the Palestinian version of reality (which was adopted by UNESCO, in a controversy that led the U.S. to exit the agency), only Muslims have a sacred connection to the Temple Mount (known to Muslims as the Haram al-Sharif). Make no mistake about it, this is racist to the core.

Fourth, when the Palestinians rose against the British, they did so after rejecting the idea of a pluralist country with a common parliament for Jews and Arabs. They were not fighting to get more rights — their rights were never compromised — but to return to the “good old system” where Jews “knew their place” and were kept nicely under the boot of the Arabs. Even if one accepts the notion of a local nationalist awakening, one must reject its racist elements against the Jewish minority.

Fifth, the utter rejection of the notion of Jewish indigenousness. Not only were the ties between Jews and their homeland denied, Palestinians and their supporters also deny Jews of Arab descent their hard-earned heritage. They harass Jews for cooking their traditional Middle Eastern foods or singing in Arabic and accuse them of cultural appropriation from the Palestinians, even though these are part of their centuries-old Middle Eastern heritage.

Sixth, Palestinians maintained their privilege through the decades. They are the only refugees that have their own agency, which has received tens of billions of dollars over the years, and their refugee status is permanent and passed on to their descendants. They also have two other dedicated U.N. agencies.

If you do not believe me, you can just look at the signs the Palestinian supporters carry. They do not hide their racist agenda and they yearn openly for the “good old days” — just look at the sign with several maps depicting the shrinking of Palestine, and you will see a pristine map showing 100% ownership of land by Palestinians prior to 1917 (though many signs now remove that map and only show the situation during 1917).

Stating this is not a defense of the wrongdoings that occur (way too often) as Israel continues to occupy the West Bank. One can, and should, criticize Israel for actions that fall outside appropriate and lawful action to defend its citizens from attacks, and for the unjust seizure of lands owned by Palestinians. Israel’s legal system is largely attentive to such issues and attempts to correct them (if not always in a timely or satisfactory manner in the eyes of its detractors). This very system is now besieged by those who find it too lenient toward the Palestinians.

But none of it matters to Palestinian supporters. They continue to proudly put these vile maps on signs, to contrast the “evil” Israeli occupation, with the seemingly natural and “good” status before 1917. Yet, we all know which system creates such “pristine” maps — it is called Apartheid. The centuries of Apartheid that Jews had to endure under the Arab control of the Holy Land. Are the maps and those who proudly hold the aloft racist or not? You be the judge.

Lt. Col. Yochai Guiski (IDF, Ret.) is a publishing expert at The MirYam Institute. He served in various roles including: Coordination of Government Activities in the Territories (C.O.G.A.T.), Strategic Planning Division and the Ministry of Defense (politico-military directorate).