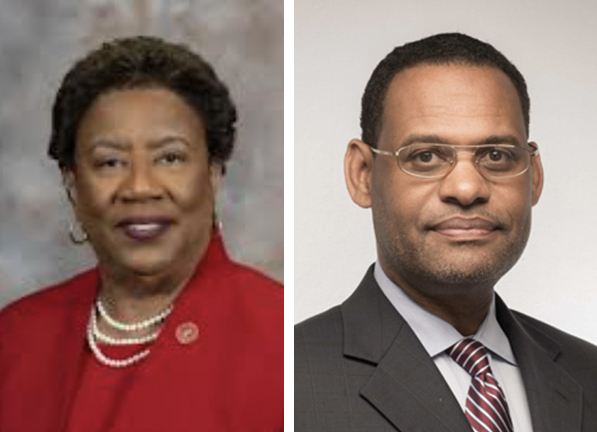 by Richard Friedman and Keila Lawrence

Six distinguished presidents of Historically Black Colleges and Universities visited Israel recently, including two from Alabama. It’s not surprising that two of the six were from Alabama since the state has the highest number of HBCUs in the nation — 14.

The trip was hosted by AJC Project Interchange, an educational initiative of the American Jewish Committee, as part of a partnership with the Thurgood Marshall College Fund, which supports students and programs at HBCUs. Two representatives of the fund were also on the trip. This trip, fueled by the power of connecting two historically oppressed minority groups, aimed to further deepen the African American and Israeli relationship.

“To learn the full story of Israel, it’s vital to see it in action. There really is no substitute for first-hand experience,” explained AJC Project Interchange Director Nisha Abkarian. “Israel is on the cutting edge of so many fields, from agriculture to cyber, and there is a great potential, through this new partnership, for HBCUs to forge important connections with their Israeli counterparts.”

One of the Alabama HBCU presidents, Dr. Charlotte Morris of Tuskegee University, summed up her trip in one word: “Wow!” Both Morris and Dr. Daniel Wims, president of Alabama A&M University in Huntsville, returned home full of ideas.

“It was a capacity-building trip,” Morris explained in a recent Zoom interview. “It gave me an opportunity to explore collaborations between some of the things we are doing here at Tuskegee and institutions in Israel.” Israel’s work in three areas especially impressed her.  “Israel has super expertise in advanced technology, agriculture and the sciences. I wanted to make sure we explored these areas.”

Last year, Tuskegee University received a $5 million grant from Google. According to Tuskegee, the grant is “designed to help expand pathways and opportunities for increased diverse representation in the STEM industry.” During the trip, Morris had the chance to visit with representatives of the Google office in Israel.

When asked what, in particular, affected her as an African American, the HBCU president spoke about the visit the group made to an Israeli military base. There, they observed a program that trains young Ethiopian Israelis to be pilots.

“Some of us provided information to these students to interest them in coming to America to further their education at HBCUs,” said Morris. It could be a great fit for Tuskegee, she said, because of her university’s historic affiliation with the famous World War II era Tuskegee Airmen. “I tried to entice one young lady in particular who told me that she never imagined she’d be able to fly a plane.”

Being in Israel also affected the Tuskegee president as a Christian. “I am a Bible scholar. I don’t know any other way to describe seeing places I had studied in the Bible other than ‘wow’.”

“Anytime you can study abroad it expands your perspective and allows you to think about your priorities.” Wims said via Zoom. “I am an agricultural professional. I looked at the landscape and lack of arable land. Seeing the water process in Israel is very refreshing. We worry about water in America. Our engineering, agronomy and natural sciences students need to see what’s going on in Israel.”

Learning about Israel’s security needs and its focus on defense made an impression on Wims as an African American. “The Israelis talked about always being under attack. Go to our inner cities and it’s the same conversation. People are on alert. The psychology and language are exactly the same: concern over security, visceral fear and constantly being on alert.”

The group’s visit to Yad Vashem, Israel’s memorial to the victims of the Holocaust, made an impact. Wims noted that HBCUs provided teaching opportunities for Jewish professors fleeing Nazi Germany when other American academic institutions refused.

Tying his reflections together, Wims said he was grateful for the trip. “There is world history there and social and human dynamics that I would love for people to see, along with the physical and geographical challenges and how Israel deals with them.”

Langston University is in Oklahoma. Writing in The Oklahoman, Smith reflected on the importance of the trip in an article he wrote headlined, “How do we help students become more well-rounded? Israel could hold the key.”

In his piece, this Oklahoma HBCU president captured the essence of the trip: “How do we help our students become more well-rounded for the future? How do we teach them about other world views and cultures? Israel could hold the key… Partnering with Israeli agricultural and technological schools will help us continue to be innovative on a global scale.”

(Keila Lawrence is a recent graduate of Birmingham-area HBCU, Miles College. She has been at the forefront of educating future African American leaders about Israel.)