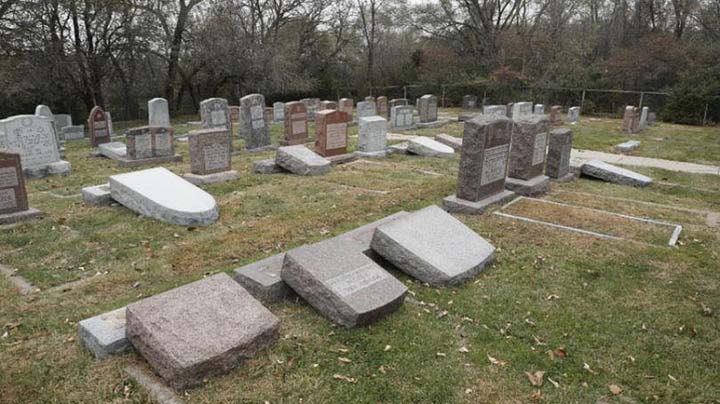 There was a news story recently about an attack on a Jewish cemetery in Omaha, Neb. I shared it on Facebook in the midst of an exciting football Saturday only to remind my Jewish and Christian friends that anti-Semitism — hostility and hatred toward Jews — is growing weekly.

The national Anti-Defamation League, the nation’s number one watchdog when it comes to anti-Semitism, reports: “The U.S. Jewish community experienced near-historic levels of anti-Semitism in 2018, including a doubling of anti-Semitic assaults and the single deadliest attack against the Jewish community in American history… ADL’s annual Audit of Anti-Semitic incidents recorded a total of 1,879 attacks against Jews and Jewish institutions across the country in 2018.”

Omaha, in particular, hits close to home because it is a small Jewish community similar in size and vitality to Deep South Jewish communities such as Memphis, New Orleans, Nashville and Birmingham.

Though not hotbeds of local anti-Semitism — in part due to strong support for Israel and Jews from large evangelical Christian communities in these cities — security has been a growing concern in these and other midsize Jewish communities.

For Christians who care about Israel and the Jewish people, this is becoming a time of increasing urgency and a time for action. Two organizations especially — Christians United for Israel (CUFI) and the Birmingham-based US Israel Education Association — thankfully provide venues for such action.

On a personal note, I know the trauma of a cemetery attack first-hand.  The Jewish cemetery in New Jersey, where my grandparents’ graves are, was attacked by violent, anti-Semitic skinheads in the early 1990s. Nazi swastikas and slogans were painted on graves, including on my grandparents’ headstones.

The perpetrators were caught and convicted, thanks in part to the testimony of my brother, and this was the first time that New Jersey’s then new hate crimes law was applied.

As you can imagine, hate-driven attacks against the final resting places of Jews are one of the most piercing anti-Semitic acts.

I believe that if Jews and Christians stand united against the scourge of anti-Semitism, and deepen the revolutionary partnership that has emerged these past 40 years between the two communities around support for Israel, this new and powerful alliance can and will play a significant role in countering this growing hatred.

Richard Friedman, long-time director of the Birmingham Jewish Federation, will join the staffs of Israel InSight magazine and the US Israel Education Association on Jan. 1, 2020.