About Black Lives Matter’s hostility toward Israel: We told you 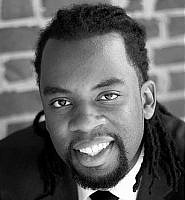 Right now, Israel is at war with Gaza again. What seemingly began with an ongoing court case that was set to adjourn this year, has grown into a full-out war by Hamas, the ruling party in Gaza, for the existence of the Jewish state.

Social Justice organizations like Black Lives Matter have made their position on the conflict crystal clear. Just as BLM did in 2014, they have sided against Israel and with terrorists Hamas and Islamic Jihad. The Zionist community is pushing back on this “Palestinian solidarity” by providing much-needed nuance, context, clarity and most of all, truth to what is currently happening between Israel and Gaza. Much to our dismay, this is all falling on deaf ears.

We saw this coming.

We at the Institute for Black Solidarity with Israel have been acutely aware of the anti-Israel agenda in BLM since 2014. And since then, we have been publicly calling it out, and warning the public to not support such an organization for harm it does to both the Jewish and Black communities. Internal scandals in the organization have further illustrated our point that BLM is not interested in truly helping Black America.

“To all those who made excuses for or tried to ignore #BLM’s Jew-hatred and support of terrorism for the sake of ‘justice,’ we’ve been warning you since #FergusontoPalestine in 2014.”

When Critical Ethnic Studies, a curriculum based in Critical Race Theory, was introduced to the Department of Education in California, we warned of the same dangers then. Any ideology that relegates people to their respective groups based on skin color, wealth, or anything else, and then judges those people based on such, is very divisive and prejudiced. History has also taught us that such ideologies always devolve into scapegoating the Jewish people.

We were met with much pushback; and as we’ve said before, much of the pushback we received was from apologists who were more interested in projecting their view of BLM than what it actually is. Much of the pushback came from those who wished to downplay the grave dangers of Critical Race Theory. We continue to maintain that Marxist-based doctrines like CRT tend to place Ashkenazi Jews at the top, viewing them as ‘white passing’ and thus ‘white supremacists.’ Anyone who challenged that notion was a ‘white supremacist.’ If someone not white challenged the notion, they were ‘purveyors of white supremacy’ or, a personal favorite, ‘gatekeepers of white supremacy.’ This is how CRT proponents tend to shut down the conversation from any criticism of CRT or BLM.

This view of light colored Jews as ‘white supremacists’ coincides with the view of Zionism, as the majority of Jews in the U.S. are Zionists.

By making concessions and allowances for this obsession with skin color, we’ve helped create very little room for nuance. In the cases of police shootings of unarmed black men, every single case that gained national attention, we put in the same category. It didn’t matter if the man was completely innocent, like Alton Sterling, or if the man was hostile, violent, and reckless, like Michael Brown. In fact, “Hands Up, Don’t Shoot!” was the phrase that went viral in 2014 following Brown’s killing, even though the narrative of Brown having his hands up and uttering that phrase was proven false. The facts of the cases did not matter. Only the fact that the police officers were white, and the men shot were black.

Those who called themselves allies of the black community marched in the streets regardless to the details of each case. Profile photos were turned black, fundraisers were organized, and symposiums and conferences all over the country were held to make space for black voices to talk about policing in America and the roots of ‘white supremacy.’ Anyone who attempted to bring subtleties, like the ones mentioned above concerning Michael Brown, were shut down or labeled racist.

Now, remove the word ‘white supremacist’ and replace it with ‘Zionist’ or ‘Israel,’ and you have what we see now. There is no room for any complexities to be discussed. The same CRT and BLM proponents are not interested in discussing the fact that Hamas murders Gazans and places them in harm’s way on purpose to get as many of them killed by the Israeli Defense Force as possible, for optics. They are not interested in discussing the nuances of the Israeli/Palestinian conflict, how Israel’s War of Independence began, or what kicked off the 1967 war, or the 2005 withdrawal from Gaza, or the simple fact that Jews are indigenous to the land and that there has always been a Jewish presence in what is now the State of Israel for the past 3000+ years.

No, BLM and CRT pushers want to continue pushing the same old lies about Israel, despite ample evidence that contradicts their claims. To them, calling Hamas a terrorist organization is tantamount to being bigoted against Palestinians and ‘perpetuating Zionist narratives.’ There is no discussion. No nuance. This is no different than how the cases involving police and black people have been treated, but now the same supporters of the ‘oppressor vs. oppressed’ binary are clamoring for nuance in discussions about Israel.

In this binary, Israel, or the Jews, will always be deemed the oppressor so long as Israel remains a strong sovereign country, and Jews continue to be highly represented in the highest paying industries despite being one of the smallest populations in the world. The answer is not to somehow get the Jews into the ‘oppressed’ category; the answer is to destroy the binary altogether. This is why we at IBSI have been consistent in our fight against the implementation of the Ethnic Studies Model Curriculum in public schools. It will only miseducate children and further drive a wedge between peoples in our country, and between the United States and Israel. Anti-Zionism was not merely a foible of the curriculum; it is a crucial element.

Now, as Israel is fighting yet another war against her enemies, we are seeing the fruits of what we have been warning about on full display here in the U.S. This type of placating justice does not work, and it never will. What will work is if those of us on the side of truth speak out with a unifying voice and work together to turn this tide of pseudo-academic Jew-hatred and racism. We can only do that by telling the truth.

Joshua is the director of the Institute for Black Solidarity with Israel, where he plans events and speaks. He’s a composition graduate of the University of Pacific’s Conservatory of Music. Joshua was formerly IBSI’s Director of Special Events, and planned music performances featuring The Hebrew Project Artists (THP) across the country. Joshua is also a graduate of CUFI’s 2016 Diversity Outreach Mentoring Endeavor (DOME), where he received training in Israel advocacy for diverse audiences. He was chosen to travel to Israel twice; once as part of CUFI’s millennial outreach, Israel Collective, and again as part of a music performance with Victor Styrsky’s Wild Branches & Friends. His other musical endeavors include writing for the Boston Pops, and music directing for other artists. Joshua is also a featured author on a collaborative book called “Israelophobia and the West: The Hijacking of Civil Discourse on Israel and How to Rescue It” by Jerusalem Center for Public Affairs official Dan Diker.